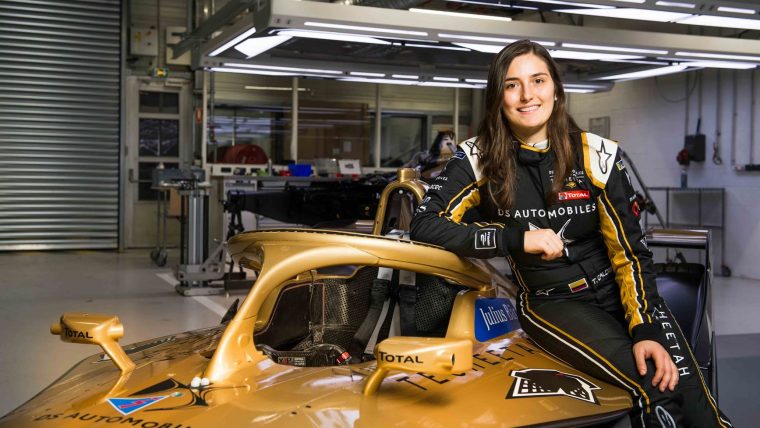 Saudi Arabia is on our radar here at The News Wheel particularly where it comes to women driving, as the country only very recently conceded that maybe, possibly, in general, having a uterus shouldn’t ban you from driving. Now, though, it seems that Formula E, the all-electric open-wheel racing series, is joining in to bring woman drivers to the country.

Formula E will conduct a test session on the streets of Saudi Arabia following its Ad Diriyah race, and will reportedly include at least seven women (out of 22 spots) to drive the high-powered race cars (including the above Tatiana Calderon).  Further, Formula E announced two other teams were looking for female drivers. The increased female participation is apparently at the request of the local promoter.

However, things hit a slightly flat note, as there is a strictly strategic reason for teams to include women drivers beyond their inherent skill. According to a Motorsport report, teams that arranged for a female driver get an extra car in each test session. Basically, the more cars you test, the more data you get to help the rest of your season.

Coming Soon: The Chevy Blazer will shortly be returning to the road

So, on the one hand, there are good aspects. Most obviously, FIA racing teams are including a more diverse group of drivers. In addition, the racing event will very publicly put more women behind the wheel in Saudi Arabia, showing how female drivers are normal, and meanwhile the drivers get to show off their skills.

On the other hand, Jalopnik pointed out these good feelings seem fleeting based on the all-male driver lineup for next year’s Formula E season.