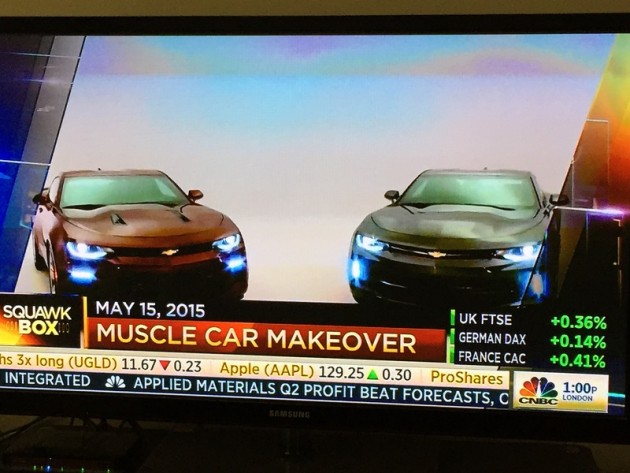 The leaks just keep on comin’.

The all-new sixth-generation 2016 Chevy Camaro is having its official debut tomorrow at Detroit’s Belle Isle Park, but earlier today, photos of the vehicle were leaked on CNBC’s Squawk Box.

At the time, we were still looking forward to the Camaro’s official premiere, because:

The most exciting part about tomorrow won’t be the Camaro’s unveiling, but (hopefully) the performance figures, which GM promises are much improved. (Oh, and the interior might look really nice, too).

Welp, now the performance specs have leaked, too. Guess we can remain #hyped about the car’s, uh, interior… unless of course that leaks later this afternoon. 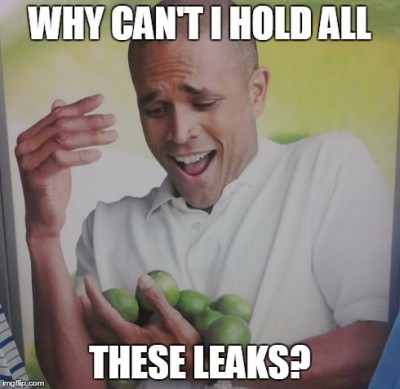 According to one of Jalopnik’s sources, the new Camaro’s base engine will be a 2.0-liter turbo four-cylinder, yielding 270 horsepower and 290 lb-ft of torque. That doesn’t sound like a whole hell of a lot, but this model is 200 pounds lighter than the outgoing fifth-gen Camaro, so those ponies might go farther than you think.

The next option is a 3.6-liter V6 engine with 330 hp and 275 lb-ft of torque. Jalopnik speculates that this is likely the same all-new engine that’s going to be featured in the Cadillac CT6.

For true enthusiasts, the Camaro SS is probably the way to go, as that model will reportedly boast a 6.2-liter LT1 V8 engine with 440 horsepower (up 14 hp from the old SS) and 450 lb-ft of torque. It’s the same V8 engine found in the Corvette Stingray, and in conjunction with the car’s lighter weight and optional magnetic ride, should provide quite the driving experience.