From September 15 to October 31, Cars Land at Disney's California Adventure will receive a spooky and spirited makeover 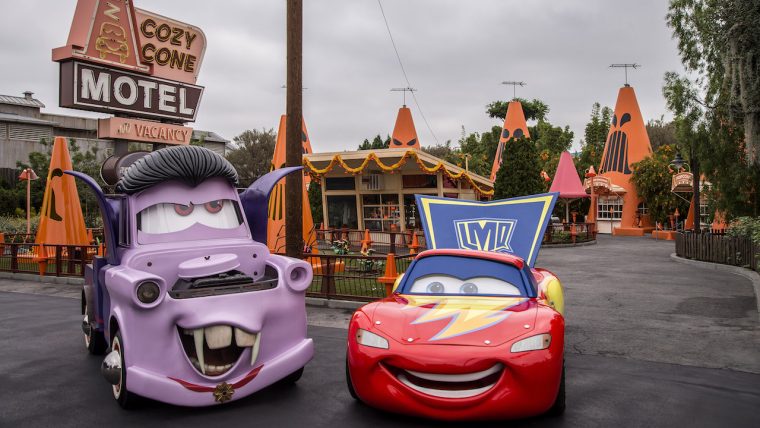 It’s not like the Cars franchise has shied away from puns before
Photo: Joshua Sudock

Halloween may still be a month and a half away. However, a certain set of four-wheeled friends at the Disneyland Resort are already getting into the spooky spirit.

The Stars of Cars: Kerry Washington, Nathan Fillion, and Lea DeLaria Join the Cast of ‘Cars 3’

Based upon the hit Disney/Pixar film Cars, Cars Land brings the natives of Radiator Springs to life through some highly-immersive theming and storytelling. Part of that storytelling involves explaining how the sentient automobiles from the Cars universe celebrate the holidays.

The Cars Land area will be covered with some clever decorations to celebrate Haul-O-Ween, as Lightning McQueen and his friends call it. Traffic cones, dubbed Jack-Oil-Lanterns, take the place of Jack-O-Lanterns, each sporting frightening visages, while webs adorn Flo’s V8 Café, a popular eatery in Cars Land.

The characters themselves are decked out for the holiday, in what Disney is calling “car-stumes.” Lightning McQueen has seemingly ignored Edna Mode’s advice on capes to dress up as a superhero, and Mater has added a set of fangs next to his large front teeth to adopt the look of a vampire, or a “Van-pire” if you prefer. 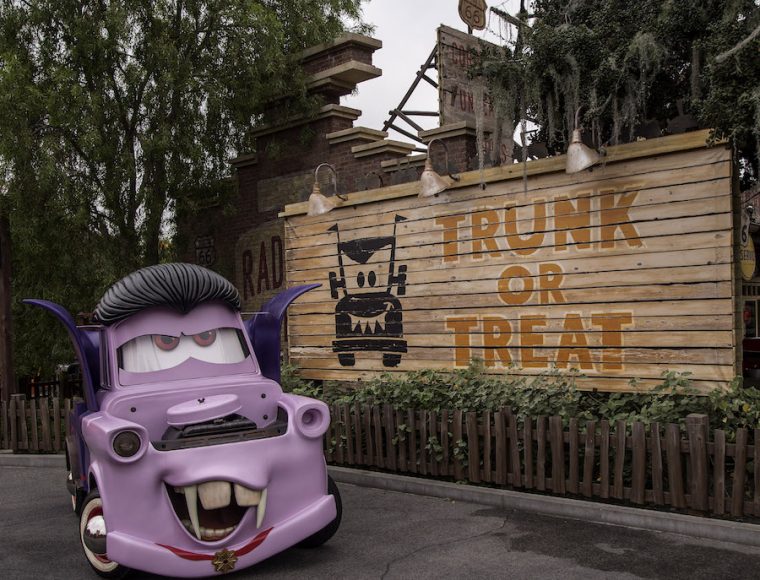 Other characters from the Cars films are joining in the fun as well. Newcomer Cruz Ramirez will be dressed as a pirate, and Red the Fire Truck will be wearing a presumably terrifying clown costume.

Lightning and his pals won’t be the only ones to receive holiday overlays. Two of the attractions in Cars Land will adopt Halloween theming throughout September and October.

Design Your Own Car-stumes: Best Ideas for Car-Themed Halloween Costumes

If you’re a fan of Halloween, the Cars franchise, or an abundance of automotive puns, then Disney’s California Adventure is the best place for you to head to this Halloween. 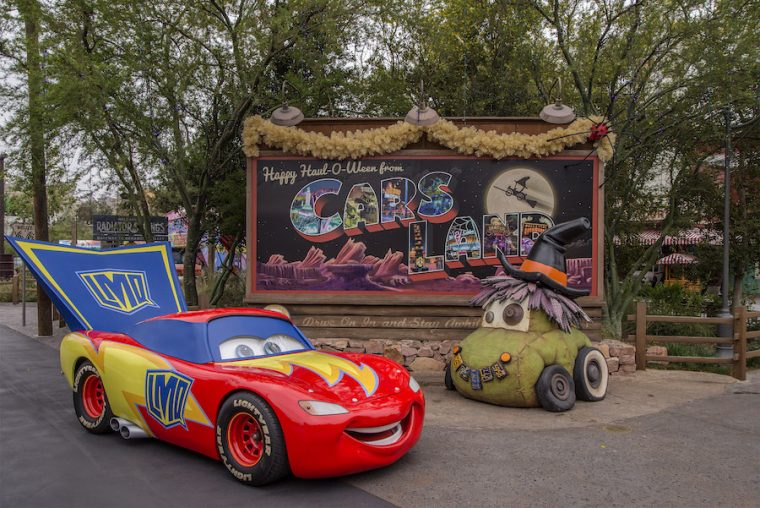