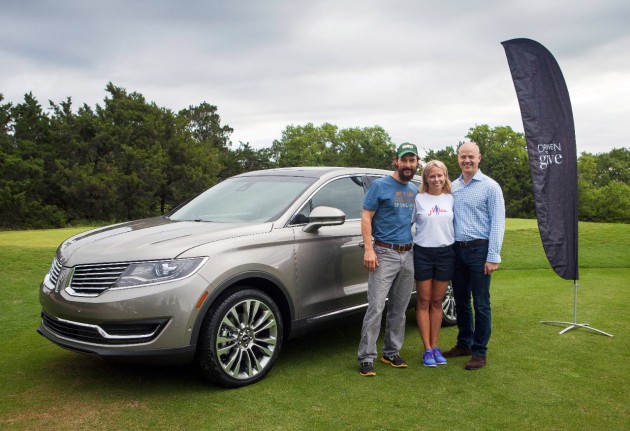 The collaboration between Lincoln Motor Company and its new spokesman, Oscar-winner Matthew McConaughey, takes another step with the announcement that the brand will donate proceeds from its Driven to Give charity test-drive event to the actor’s just keep livin Foundation.

The Driven to Give program, which has been a staple of Lincoln’s philanthropic efforts since 2011, will now offer the just keep livin Foundation as the first national charity to benefit. To date, Lincoln and its dealers nationwide have donated in excess of $4 million to schools and charitable organizations.

“A key reason why I chose to collaborate with Lincoln is because it is a brand that works hard to make a difference,” said McConaughey. “On behalf of the just keep livin Foundation, we genuinely appreciate this added support from Lincoln, and look forward to reaching and assisting even more young people going forward.”

The just keep livin Foundation was founded by McConaughey and his wife Camila in 2008 and is dedicated to providing high schoolers with the tools necessary to give themselves more options in the future via after-school fitness and wellness programs.

The vehicle that will be at the focus of this year’s Driven to Give event is the 2016 Lincoln MKX, which was revealed earlier this year at the Detroit Auto Show. For every test drive taken during the event, Lincoln will donate $20 to the just keep livin Foundation.