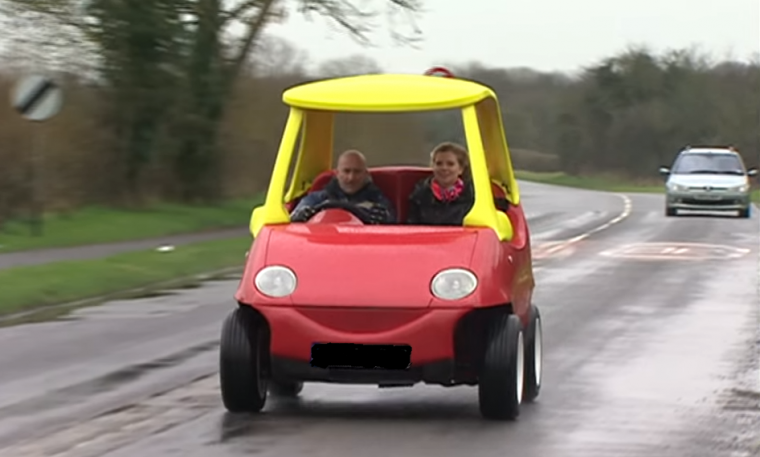 For many people, the first vehicle they could call their own was probably one of those red and yellow Little Tikes toy cars, which you had to power with your feet and only featured one small compartment in the back, perfect for your juice box.

If you’re interested in reliving part of your childhood, then there’s great news, as you can bid on a replica of that Little Tikes vehicle–but beware, this replica is capable of traveling 70 mph and the owner is asking for at least $33,000.

John Bitmead built the one-of-a-kind vehicle with his brother Geoff. It took them more than 1,000 hours and $6,000 to complete.

BBC News did a video interview with Bitmead about the vehicle, which was published onto YouTube in February of 2014.

“I just thought, ‘what a wonderful idea to make something like that, but real,’” Bitmead told BBC News in the video. “As soon as I thought about it, I thought I know the car straightaway, it’s got to be a (Daewoo Matiz).”

While it doesn’t feature any windows, this Little Tikes replica does come with working mirrors, lights, and an airbag.

Bitmead previously used the vehicle for charitable purposes and it’s unclear why he decided to part with the red and yellow machine.

The owner’s note included with the vehicle’s eBay listing says, “5,000 miles of genuine road use means the car has little marks, cracks and defects but nothing particularly dramatic.”

Video: Bitmead Talks About His Creation