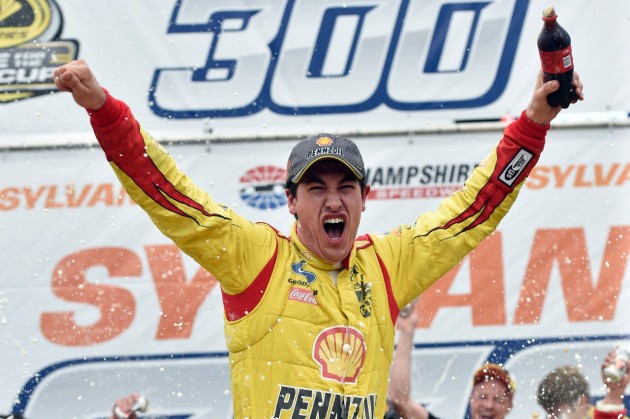 Brad Keselowski seemed like the early favorite for Sunday’s Sylvania 300 after grabbing the pole with a New Hampshire Motor Speedway record, but it was Team Penske/Ford Racing teammate Joey Logano who reigned victorious and become the second to lock himself in for the second round of the NASCAR Chase for the Sprint Cup.

In fact, there was quite a lot of symmetry between the two between Friday’s pole and Sunday’s race. Logano wound up taking seventh in the pole on Friday and finished first on Sunday; Keselowski took the top spot in the pole and fell to seventh at the Sylvania 300.

Logano’s No. 22 Shell/Pennzoil Ford Fusion led for the last 27 laps after taking the lead from Kevin Harvick, leaving little room for doubt that he was piloting the best car on the track in one of the most important races of the year.

For Logano, the race was important for different reasons altogether.

“I watched my first Cup race here when I was five and I won that other Cup race here [Logano’s first pro victory in 2009], but I just felt like I had to win one the right way here, and this means so much,” Logano said. “I’ve got to thank all the boys at Team Penske. We’re doing what we’ve got to do to win this thing right now – both teams are – and I’m proud of that. This is my home track so it means so much to me.” 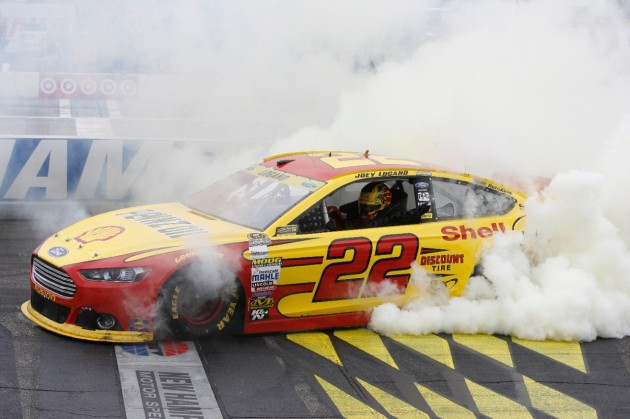 While Keselowski’s day didn’t end with his third consecutive Sprint Cup victory, he had as good a shot as one could hope for. Keselowski led for 78 laps before hitting a wall, and managed to recover enough to grab a top ten finish nonetheless.

”We certainly have a lot to be proud of, but there’s a lot of work to do,” Keselowski said.

The first cut in the NASCAR Chase for the Sprint Cup comes after next Sunday’s race at Dover. As it stands, Denny Hamlin, Greg Biffle, Kurt Busch, and Aric Almirola occupy the bottom four spots.

The current Chase for the Sprint Cup standings are as follows: