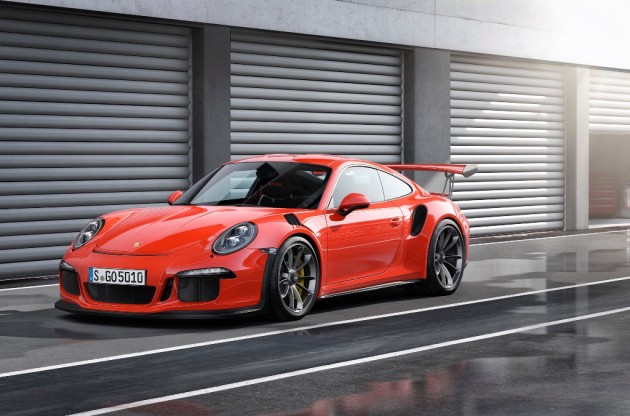 The Porsche 911 is a sports car that has an endless number of trim levels ranging from civilized to suicidal and everything in between. The new GT3 RS falls in the latter category.

Premiering at the 2015 Geneva International Motor Show, the 911 GT3 RS blurs the line that separates race cars from road cars. Taking the already impressive performance of the GT3, the GT3 RS improves upon is drivetrain, weight, and aerodynamics to make it even more nimble at the track. These improvements were good enough to shave 5 seconds off of the previous record held by the GT3 at the Nürburgring Nordschleife. At seven minutes and 20 seconds, the 911 GT3 RS earns the title of the fastest in the current 911 lineup around the infamous track. 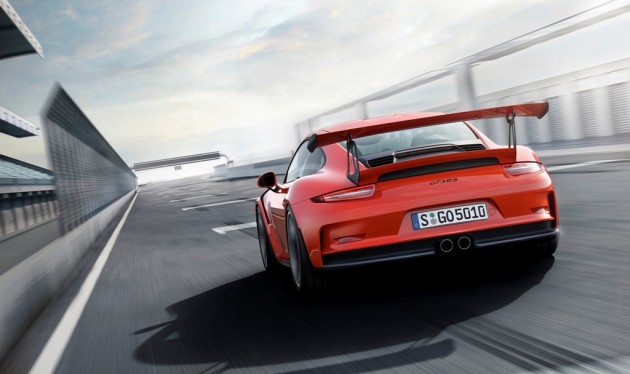 The engine that motivates the GT3 RS to achieve such speed is the biggest naturally aspirated flat six cylinder that Porsche has ever put in a 911, a 4.0-liter mill that’s good for 500 horsepower and 338 lb-ft of torque that all goes to the widest rear wheels ever installed on a 911 through Porsche’s famous, lightning fast dual-clutch PDK transmission.

If that’s not impressive enough, the GT3 RS also has rear-axle steering for precise maneuvering at both high and low speeds and manages its brutal power intelligently through Porsche Torque Vectoring Plus and Active Suspension Management. 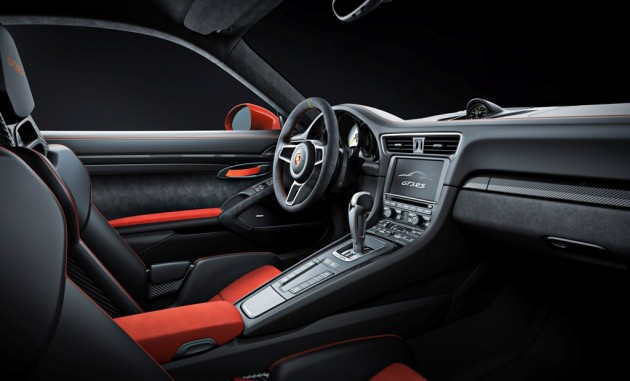 At first glance, the 911 GT3 RS may look like a stripped down race car, but the interior is actually full of the creature comforts that you would expect in a Porsche with full carbon bucket seats and the optional Sport Chrono Package that can measure track times using GPS and log data to your smartphone. Much of the weight savings comes from lightweight design that employs a magnesium roof with carbon fiber engine and luggage compartment covers, resulting in a loss of 22 pounds compared to the GT3.

Porsche is taking orders for this monster now and it will arrive on American shores in July and into your garage for a minimum of $175,900. 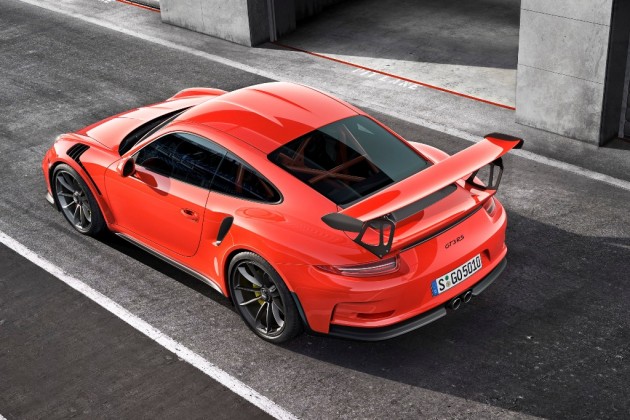