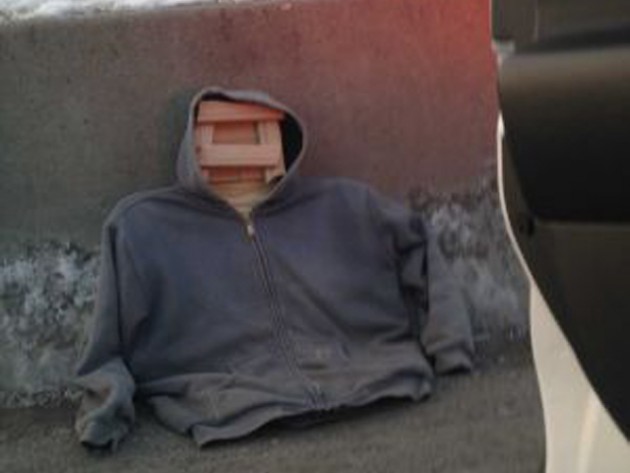 A Long Island man was caught commuting in Long Island Expressway’s HOV lane with a wooden figure in a hoodie as his passenger. A Suffolk County Highway Patrol officer, who pulled the man over for speeding at 77 mph in the carpool-only lane, was the one who noticed the dummy occupant.

“I was trying not to laugh because I thought it was quite silly,” said officer Jonathan Abrams, who initially thought that the Pinocchio passenger was a real boy. “The silhouette was real enough. You see people with hoods up, sleeping in the front seat all the time.”

James Campbell, the car’s driver/the passenger’s Geppetto, said he had a new job and couldn’t afford to be late—hence the speeding and carpool lane cheating. Although officer Abrams still ticketed him for both offenses, Campbell says that the patrolman had a sense of humor about the whole thing.

But even though it’s gotten him into trouble with the authorities, Campbell refuses to abandon his wooden friend, who’s been his riding partner for months now.

“He’s got a sister down in the basement,” Campbell said about his passenger, “and on special occasions, I bring her out and she wears a tutu.”