By the end of this year, work on GM’s Lordstown plant’s solar array will be complete. The solar array at the Lordstown Complex in Lordstown, Ohio, will be a 2.2 megawatt ground-mounted array, making it The General’s biggest in the Western Hemisphere. Less than a year ago, GM installed a 1.8 megawatt solar array at another Ohio facility, the Toledo Transmission plant. 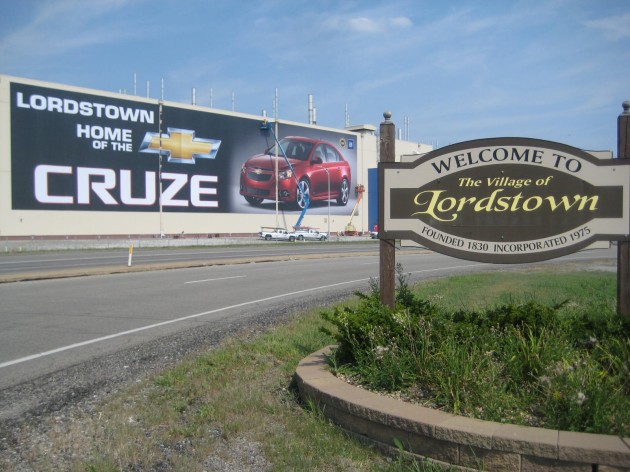 Lordstown plant’s solar array will be GM’s largest in the Western Hemisphere.

“You don’t often think of the Midwest when you think of ideal locations for solar, but reduced costs and increased utility rates have made sites like Lordstown and Toledo optimal locations to expand GM’s use of solar power,” explained Rob Threlkeld, GM’s global manager of renewable energy.

The Lordstown plant’s solar array will account for almost 1.5% of the plant’s total energy, which, by itself, does not sound like much. However, 1.5% of Lordstown’s total energy is equal to 1,993 tons of carbon dioxide, each year. That’s about as much carbon that 1.634 acres of US forests pull from the air annually. 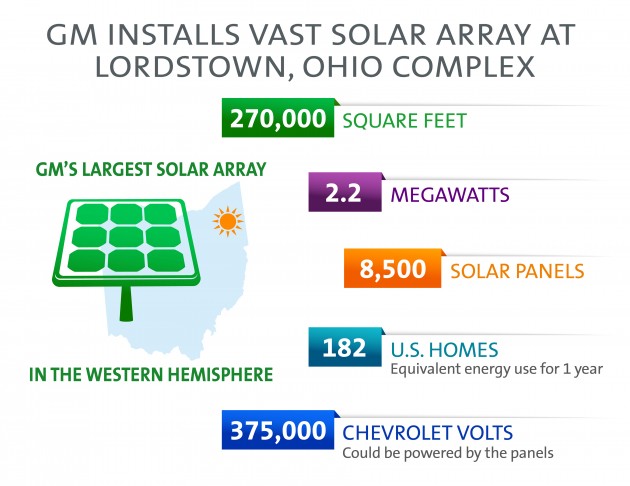 The Lordstown, Ohio, facility is responsible for work on the Chevy Cruze.

“With more solar installations than any other automotive company and the second-highest percentage of solar among all commercial users, GM shows that manufacturing and the use of renewable energy can go hand-in-hand,” commented Rhone Resch, president and CEO of the Solar Energy Industries Association.

That same association named GM a “Solar Champion” last year and listed GM among the top 25 corporate users of solar energy in the United States this year, as well as last year.