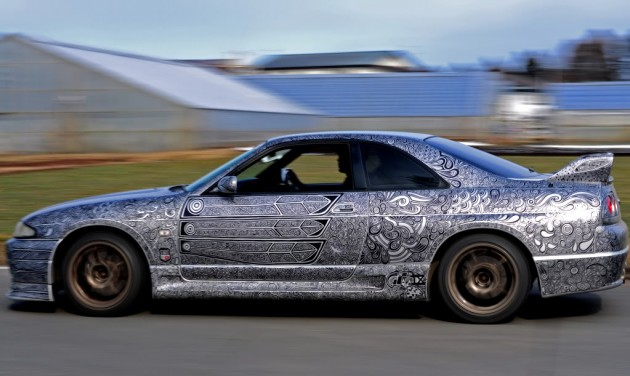 Granted, the tale of the Lost Birds Skyline GT-R R33 is something of an old story: Nissan Infiniti Car Owners Club forum user GroundForceOne began relating the story of his and his girlfriend’s adventures with a 1995 Nissan Skyline GT-R R33 back in February 2010. Such is the nature of the great beast Internet, however, that the result of their efforts—a one-of-a-kind GT-R covered in hand-drawn artwork—is just now going viral and being brought to the attention of so many on various social media platforms. However long this has been floating out there in the ether of the ‘net is inconsequential, because even four years after the fact, the Lost Birds Skyline is supremely badass. 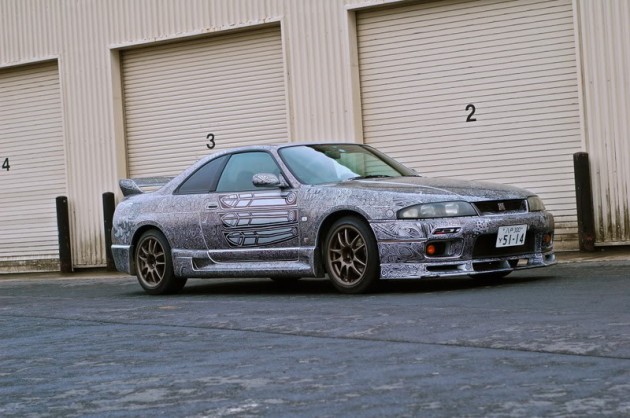 GroundForceOne—otherwise known as Collen Kelton, a member of the U.S. Military stationed in Misawa, Japan—bought a ’95 GT-R R33 equipped with a Greddy boost controller, HKS coilovers, ARC intake, and a NISMO 400R bodykit. After resolving to do some weight reduction and picking up some lovely white Enkei NT-03s, Kelton resolved that he still wasn’t too keen on the GT-R’s vanilla silver paint job. (Kelton says he originally intended to purchase the same car in Midnight Purple, because Midnight Purple is brilliant.)

Resolving to eventually paint over it in a “Time Attack” scheme similar to that of the Silvia S15 TOMEI, he allowed his girlfriend (now wife)—Allison LaValley of Lost Birds Art Studio—to draw over some scratches on the bumper with her Sharpie. 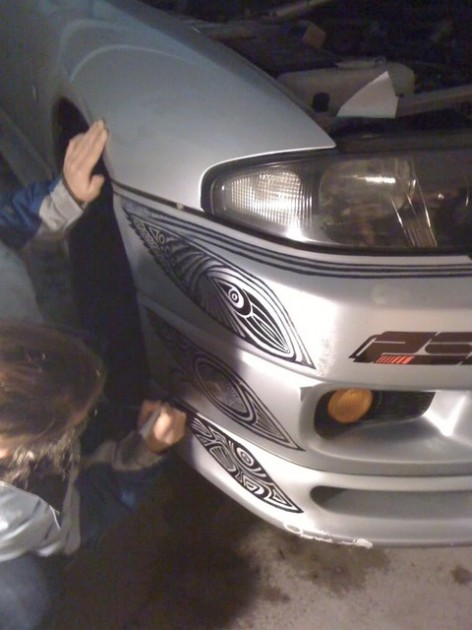 15 hours later, the entire bumper had been covered in the unique tribal-looking scheme. 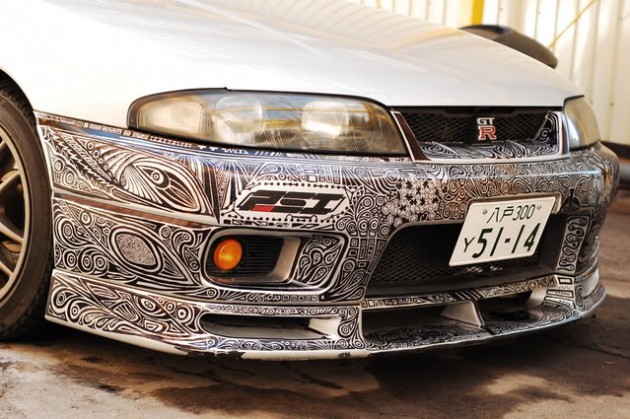 After it was determined that Allison’s work was as good as (or better than) anything he’d wind up with from a custom shop, Kelton opted to apply clear coat over the Sharpie work and preserve it as the new paint scheme for his prized Skyline.

Some 100 hours later, the couple had a piece of automotive art on par with anything from the BMW Art Car collection, and something that—four years and some change later—has gone viral. 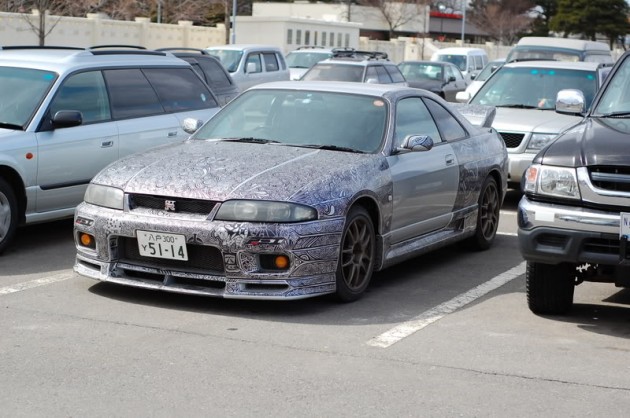 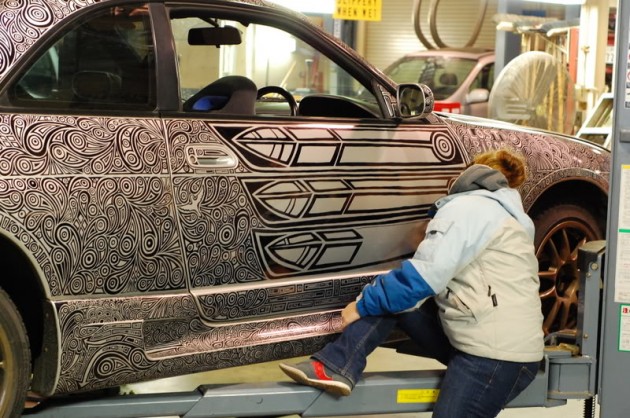