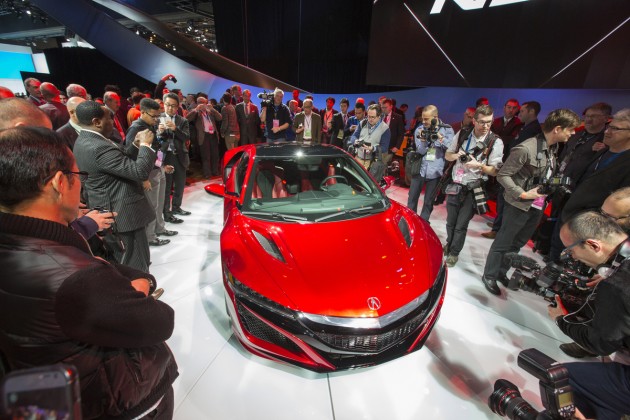 Hip hop artist, Fast & Furious star, and geography enthusiast Ludacris is a lover of all kinds of cars, but he’s especially fond of Acuras—which explains why he was the subject of that 2015 Acura TLX ad that featured his “Pimpin’ All Over the World” song:

Luda is such an Acura superfan that last January, he was on hand for the Detroit debut of the latest Acura supercar, the 2016 NSX. In a recently published interview with the BBC, Ludacris shared some of his opinions on the new hybrid NSX.

“I love the way it looks,” said Ludacris. “My immediate thoughts are that they really studied the competition. I see the influence of lots of supercars: a bit of the Audi R8, a bit of the Ferrari 458 Italia, even some of the new McLaren. Cars are like women. They’ve got to have curves. And this one has very nice curves.”

If cars are like women to Ludacris, then his longest-lasting romance remains the one he has with his 1993 Acura Legend, which he says now has over 230,000 miles on it.

And what is Ludacris’ current fantasy car?

“That right there,” he told the BBC, gesturing towards the new NSX on display. “Come on, man. That’s my fantasy car. So hopefully, we’ll get it.”