How Many of Luke Bryan’s Songs Mention His Chevy? 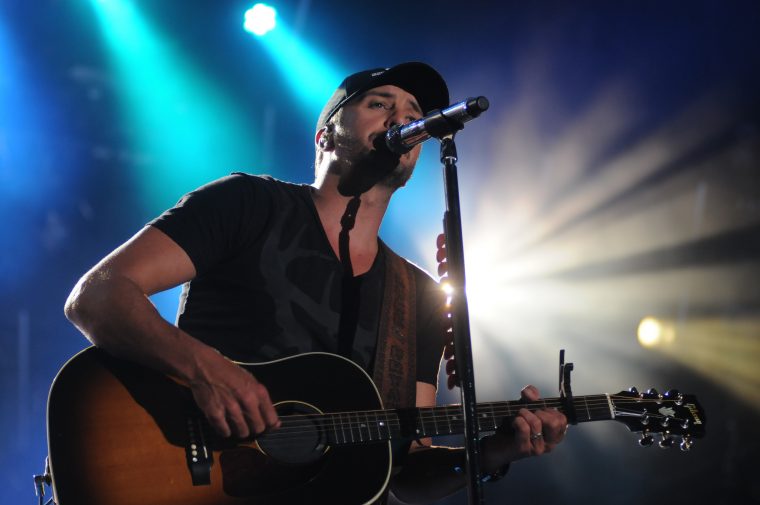 Luke Bryan, alongside many other country artists, is known for his references to his truck throughout his songs. Last year, Chevrolet named Luke Bryan the official ambassador for their brand, and with good reason. Throughout his songs, Luke Bryan mentions GM brands more than any other manufacturer (even more than John Deere!). After being named Chevrolet’s ambassador, Luke said, “Chevy has been a part of our family and a part of our work life on the farm for as long as I can remember. If you were a Bryan, you drove a Chevy.” He even named one of his songs “Chevrolet.”

At The News Wheel, we found ourselves wondering which of his many, many songs actually mentioned Chevy or another GM brand by name. We know, you’ve been wondering too. But don’t worry, we did the heavy lifting for you.

It’s obvious that Luke Bryan is partial to the Chevy brand based on his upbringing, so it’s only fitting for him to be an ambassador for the brand. Congratulations (a little late, but still) and happy birthday, Luke!

Funny enough, this song was never on one of Luke Bryan’s albums. It’s technically an “unreleased” track that has circulated over the years. “Chevrolet” is about moving on from a past relationship, jumping in your truck, and cruising down the highway to someplace new. Because your Chevy is all you need.

One of his more popular songs, “Dirt Road Diary” gives us a brief glimpse into Luke’s upbringing. The song talks about the old Chevy truck he and his dad used to ride around in, making memories throughout his childhood. At once point in the song, he recalls, “I wish I knew where that old truck was; if it could talk, it would tell on us.” It’s a beautiful sentiment about how an inanimate object can hold so many memories and be incredibly meaningful.

“Kick the Dust Up”

“Kick the Dust Up” is a far more upbeat song than the previous two; it also mentions Cadillac, another GM brand, instead of Chevrolet. In the first verse, Luke sings, “Girl, kick it on back; Z71 like a Cadillac.” For those of you who don’t know, a Z71 Package is an off-road suspension package offered on Chevrolet vehicles. The song is likely referencing Luke Bryan’s love for rustic, off-roading Chevys while praising the high-end Cadillac. The song is implying the girl has both of those qualities.

Luke Bryan mentions Chevy repeatedly through “Baby’s On the Way.” The reference to Chevy is in the chorus, repeating throughout the song: “I’m just boots and a rusty Chevy.” In the song, Luke talks about a girl he met the night before. He’s nervous, trying to make a good first impression; he mentions his boots and Chevy because they are a big part of his identity and he’s worried she won’t like him. But the song has a happy ending, because “baby’s on the way.”

This is another one of Luke’s songs where he references a Cadillac. About halfway through the song, Luke sings, “I like it laid back, like a baby blue Cadillac; easing on down the road.” The song is about going with the flow and being yourself, enjoying where life takes you and embracing the person you are. It’s a fun, upbeat, easy-to-learn song that will make you want to sing along.