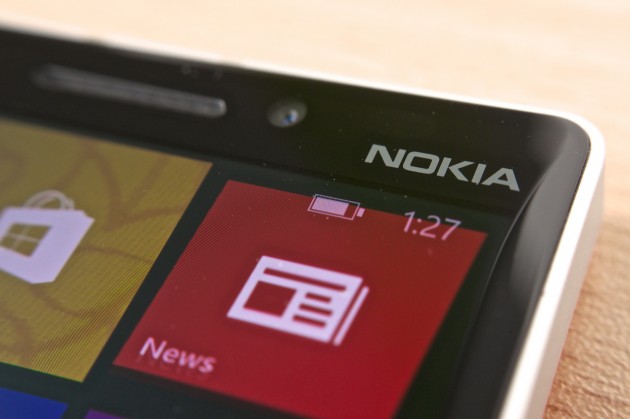 Word is BMW employees will be replacing their outdated Nokia phones with a WIndows Phone like this Lumia 930
Photo: Kārlis Dambrāns via CC

It seems like everyone wants to strike a deal with BMW these days. First Shell struck gold by becoming BMW’s sole engine oil supplier, then came an agreement with Spotify, and now Microsoft will be rolling in the dough thanks to the sale of 57,000 Lumia Windows Phones to BMW. Said phones will be the exclusive handsets used by BMW employees, replacing the current outdated smartphones.

While not everyone may be a fan of Windows Phones, they’re certainly a step up for BMW employees who currently live on the Symbian operating system on their corporate smartphones.

Sometime in the coming year, according to a source close to the company, a worldwide shipment primarily consisting of Lumia 630 phones will reach the hands of BMW corporate employees. The lucky executives, reports said, will instead be receiving higher-end Lumia 920 or Lumia 930 models.

Not all of the facts about the deal have been released yet, including when the replacement of Lumia Windows Phones will be delivered and how much the purchase is costing the automaker. But, it’s definitely an internal upgrade for BMW and its business contentedness.

“However,” Invest Correctly has noted, “it doesn’t necessarily mean that they are planning to install Windows Phone technology in their upcoming lineup of luxury vehicles.”

We’re all aware of the Windows Phone’s plight against the dominance of Android and iOS, so perhaps exclusive deals as a handset provider for prestigious companies could be Microsoft’s ticket to the big leagues. Clearly, presenting an image to appeal to hip, trendy young customers isn’t swaying any devotees of Android or Apple, so aligning with sophisticated, international brands could be a more successful alternative for the Windows Phone.

Don’t be surprised if BlackBerry tries to hop on the train and strike a deal with Mercedes next (not that it’ll do any good).