It’s always tragic when a celebrity goes off the rails and shows their dark side. On June 9th, one celebrity was responsible for a three-car crash in Albion, New York, that sent two people to the hospital and forced firefighters to extricate a man from his truck. On top of that, a 2-year-old boy suffered injuries (minor ones, thankfully).

The celebrity was Mr. Peanut.

That night, two cars were driving the same direction along Route 31. The driver in the rear car, seduced by the protein-filled goodness contained in the package in his car, looked away from the road to reach for the treat. Just then, the front driver turned on her turn signal and slowed down.

The rear driver, intent on his snack, did not. They crashed, forcing a truck that was driving the opposite direction to swerve to try to avoid the crash. The truck still clipped one of the cars before going partly off the road.

The drivers of the truck and front car were taken to Strong Memorial Hospital. 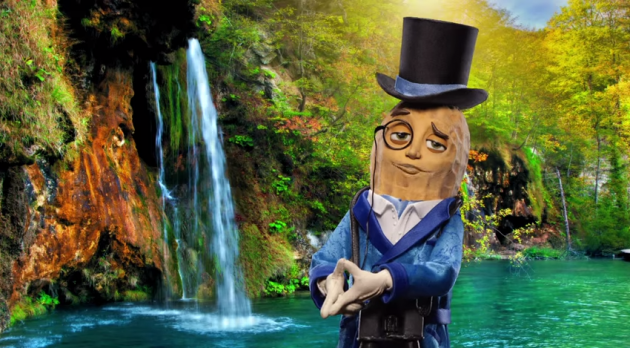 Although he has been sighted coming out of his shell abroad.
Image: Youtube