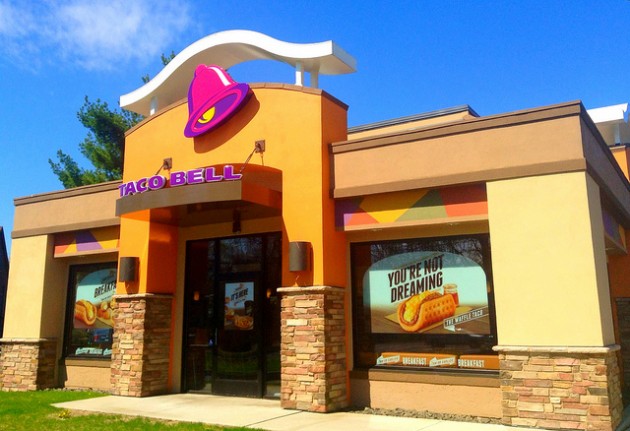 Taco Bell is known for being one of the top destinations for drunk people looking for some munchies at 3am. So it shouldn’t come as any surprise that Indiana University student Tyler Freimuth was recently arrested for falling asleep in his car in said drive-thru. Hopefully, he managed to order his tacos before his downfall.

A witness spied the snoozing taco fan at 3am on August 12th and alerted police. When they arrived on the scene and asked the man what he was doing, he reportedly replied, “Looking for extra-large drier sheets.” Police also said that Freimuth told them he was waiting for friends who were inside the Taco Bell, but the restaurant was already closed at the time. Unsurprisingly, Freimuth was subjected to a breathalyzer, which he failed, and arrested him for operating a vehicle while intoxicated.

So next time you’re craving a Doritos cheesy gordita crunch with nacho cheese, make sure you head there sober… or, at the very least, have a designated driver.