Man in Georgia Cited for Eating While Driving 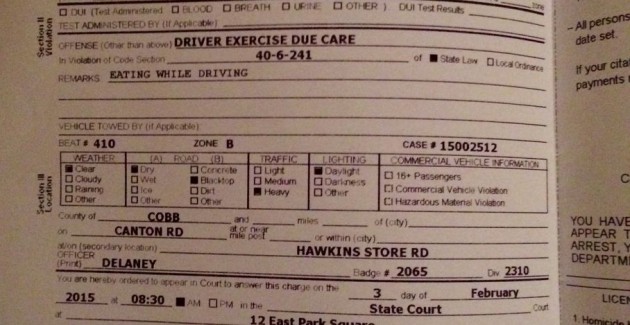 Madison Turner was given a ticket that specifically states “eating while driving” as his crime
Photo source: WSB-TV Atlanta

An Alabama man got more than he bargained for when he ordered a cheeseburger from the drive-thru of a McDonald’s in Marietta, Georgia. After pulling away from the fast food joint and digging into his double quarter pounder with cheese, Madison Turner was pulled over by Cobb County police and cited for “eating while driving.”

“The officer explained to me that he observed me eating a burger for 2 miles,” Turner told WSB-TV Atlanta. “He said specifically three times, ‘you can’t just go down the road eating a hamburger.’”

Turner was cited under Georgia’s distracted driving law, which reads, in part: “A driver shall exercise due care in operating a motor vehicle on the highways of this state and shall not engage in any actions which shall distract such driver from the safe operation of such vehicle.” 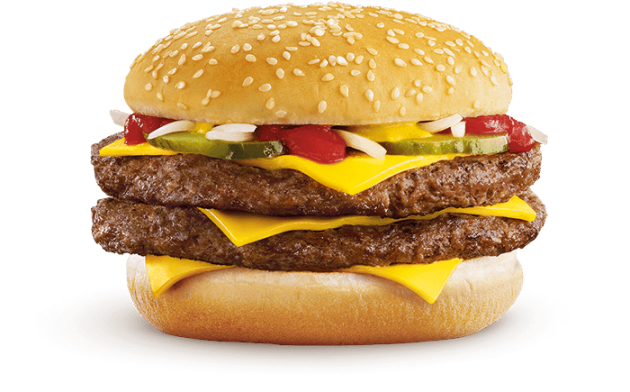 Public Enemy No. 1: A McDonald’s double quarter pounder with cheese

Distracted Driving: Put the Phone Away and Stay Connected with New HondaLink System

While that sounds like the kind of thing aimed at criminalizing Homer Simpson’s toaster-oven-and-fax-machine-equipped vehicle, the law’s wording is vague enough that it can apparently be used to punish someone just for having one hand on the wheel and one hand on a cheeseburger. 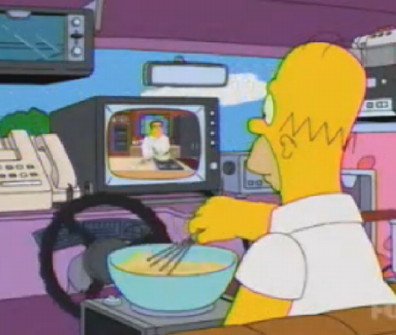 “Maybe I was enjoying the burger too much,” admitted Turner, who plans on fighting the ticket. “[Maybe] I needed to tone it down. I was certainly willing to do so, but I didn’t expect to be fined or punished.”

Unless you’re eating a cheeseburger in a car like Kate Upton did in her infamous Hardee’s commercial, it’s probably impossible to be a dangerous distraction to yourself or others due to excessive burger enjoyment: