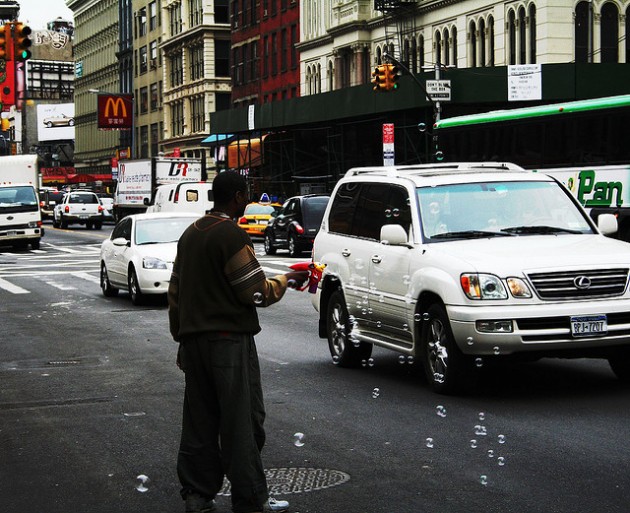 But how do Florida police feel about bubble gun carjacking?
Photo: Mart

Usually, when you think of a carjacking, the perpetrator is carrying a gun. It’s for this reason that many carjackers are charged with armed robbery if and when they are caught. In order to avoid this felony charge, a carjacker in Florida recently decided to substitute a real gun with a BB gun—just the right weapon to inflict terror, without actually being “armed robbery.”

Unfortunately for Ariel Luis Collazo, police in Delray Beach, Florida, disagreed with him. After his attempt to carjack the wife of a federal agent failed, he fled the scene in a stolen SUV and was chased by police, before crashing the vehicle and being arrested. He also allegedly threw a handgun from the vehicle during the police chase. Collazo is now facing charges of carjacking with a weapon, resisting an officer with violence, using or displaying a weapon during a felony, and fleeing and eluding officers. He is being held on $124,500 bail.

The moral of the story? Don’t assume that a BB gun will help you avoid a felony the next time you carjack someone. Or, you know, just don’t carjack anyone.