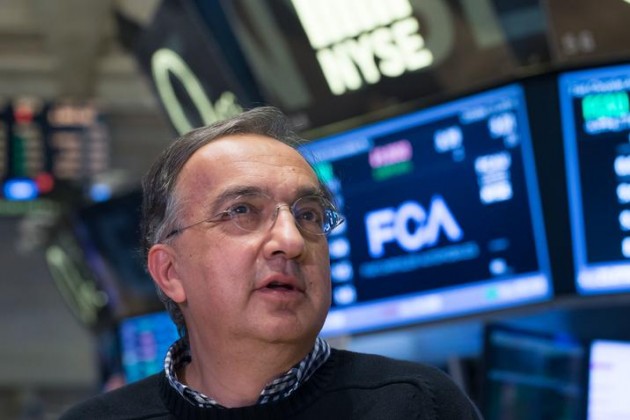 Sergio Marchionne is looking for love in all the wrong places. It’s no secret that the Fiat Chrysler Automobiles (FCA) CEO is hoping for a buyout to seal his legacy before he steps down from his position in a few years. Marchionne feels that the industry is not sustainable as it stands right now, and a merging of the larger companies would allow automakers to deliver superior products and see larger profit margins.

The biggest target for Marchionne has been General Motors. He’s been putting pressure on hedge funds that have shares in GM to convince Mary Barra, GM CEO, to merge with FCA. He even took time out of his busy schedule of convincing Toledo to give him a million monetary incentives to keep Wrangler production right where it is so that he could personally write an email to Barra laying out his plan for the potential merger. Barra has continued to express that neither she nor any members of the board are interested in such a merger. “When you look at the last several years,” said Barra, “we have been merging with ourselves.”

Poor Serge, it’s just like asking a girl to prom and having her say no. Except, you know, it’s in front of the whole world and it’s not even because the girl has better options, but just because she wants to dance by herself. 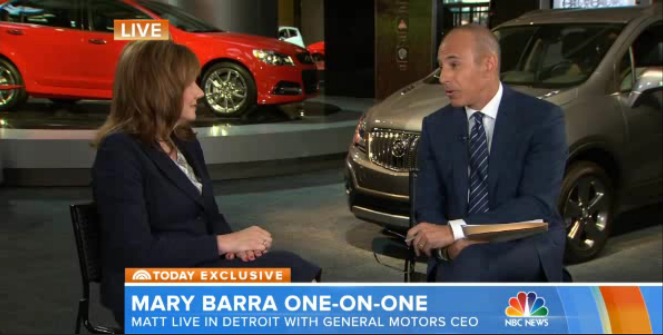 Given her experience with Matt Lauer, it’s no wonder Mary Barra wants to be ridin’ solo

It turns out, at least as far as 24/7 Wall St. is concerned, that Marchionne should stop fantasizing about what he can’t have and should instead focus on a prom date that is much more realistic—and interested. Enter SAIC Motor, a Chinese automotive company with “revenue of $99 billion last year,” which is about on par with BMW and Nissan.

You probably haven’t heard too much about SAIC, at least compared to automakers like Ford or Hyundai. That’s because SAIC is not currently a global automaker, and becoming a global automaker in an already overpopulated global market is very difficult these days. Even so, SAIC is the 10th largest automaker in the world, and it really only sells to customers in China, a place that FCA has barely left a mark. 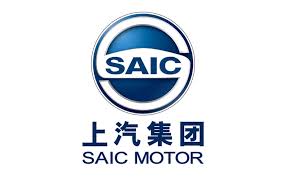 Could SAIC be the answer to Marchionne’s quest?

It would be mutually beneficial then, for SAIC to buy out FCA. SAIC could then become a global automaker, using FCA’s ties in Europe and, more importantly, the United States, and FCA could enter into Chinese territory and get the support it needs from a merger of this size. And, of course, it would make Marchionne look really good. It doesn’t hurt that SAIC has just one controlling shareholder, and that’s the Chinese government, which means FCA would really only have to convince the government to buy out the company, and not a bunch of random outside investors.

Right now, it is estimated that FCA is worth $25 to $30 billion, which isn’t really that high for this type of deal. But will Marchionne make the play, and will SAIC—and the Chinese government—take the bait? Maybe—if Marchionne can get over Barra fast enough.

Perhaps someone could lend him a copy of Forgetting Sarah Marshall?