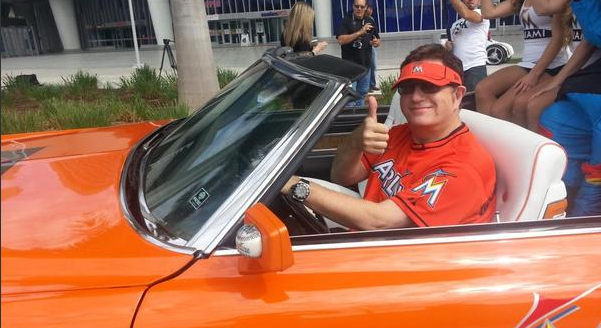 The 2014 MLB Postseason has been filled with compelling storylines: the underdog Kansas City Royals and their incredible run through the playoffs after 29 years of missing October, the dominant San Francisco Giants and their “even year magic,” the historic pitching performance of 25-year old star Madison Bumgarner, that inspiring Mo’ne Davis commercial from Spike Lee and Chevy, that “Creepy Rob Lowe” commercial that already stopped being funny midway through the NLCS, and, of course, Marlins Man.

For those of you who haven’t been following the series, Marlins Man is Florida-based lawyer Laurence Leavy, a 58-year old fan of the Miami Marlins who likes (and has the cash required) to attend big sporting events, even when his favorite team isn’t playing in them. The problem now, though, is that Leavy has been showing up at Kauffman Stadium during the World Series and sitting right behind home plate while decked out in his off-putting and irrelevant Marlins garb. 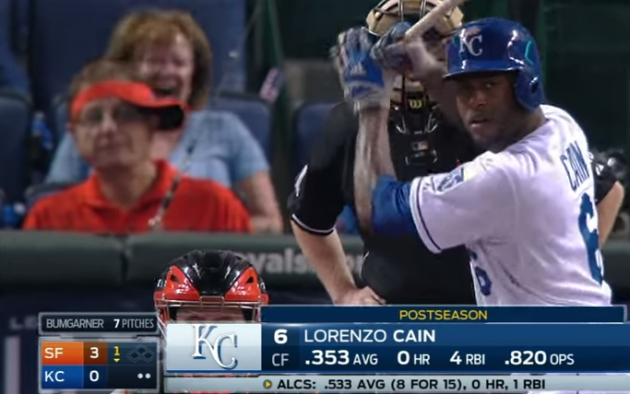 The Marlins, of course, have the ugliest logo and uniform in all of Major League Baseball, so Leavy’s bright orange jacket and hat have created something of an eyesore at “the K.” In addition to not being very apropos, Leavy’s clothing sticks out like a sore thumb amidst the sea of blue Royals gear that the other fans are wearing.

The Royals have apparently been trying to get Leavy to do the decent thing and wear something a little less hideous when he comes to games, but the Marlins-loving attorney knows he has a constitutionally-protected right to wear ugly jackets and visors if he wants to, which has created a rather bizarre feud between the two sides. As an automotive website, we may not be qualified to weigh in on the controversy, but we can say with certainty that, at the very least, Marlin Man’s custom Marlins-themed Caddy is a crime against humanity:

this is marlins man’s car! pic.twitter.com/0zTs5uvDgj

Good Lord. The sins of Shoeless Joe and Charlie Hustle all pale in comparison to this baseball-themed monstrosity. That particular shade of orange is bad enough, but the added cheesy logos, modified side view mirrors, and Billy the Marlin mascot tailfins elevate this ruined vintage Cadillac from the category of “bad cars” to the “camp classics” genre. This is the vehicular equivalent of Plan Nine From Outer Space. Or rather, looking at this is the vehicular equivalent of putting your nose up against the television screen when you watch Plan Nine, since its appearance is literally painful to the eyes.

When the Royals recently alleged that Marlins Man has just been doing this whole thing for the publicity and actually “hates” the Marlins, Leavy tweeted photos of the vehicle as proof of his undying love for the sports franchise:

So apparently Marlins Man has been using the car to fight for truth. I suppose that makes sense, because if “Marlins Man” was the name of a (very unpopular) superhero, then this Marlins Car would be his Batmobile. His ugly, ugly, horrible, cancer-causing Batmobile.