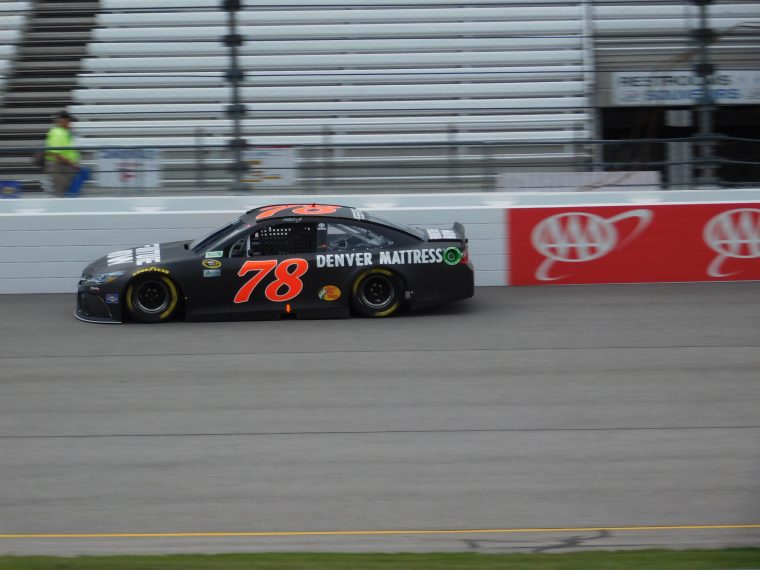 About a month ago, we talked about how Toyota simply seemed unable to stop dominating in NASCAR. Well, that doesn’t seem to have changed.

Martin Truex Jr. beat the odds on Sunday, September 4, when he took victory at the Bojangles’ Southern 500 at Darlington Raceway, marking his fifth career NASCAR Sprint Cup Series win, his second of the season, and his first out of 11 appearances at this “crown jewel” race.

It was an extremely close finish: Truex led only the final 28 laps and crossed the checkered flag just 0.606 second ahead of Kevin Harvick, who had led 214 laps. It all came down to an excellent pit stop by the Furniture Row Racing pit crew, which managed to get the No. 78 Toyota Camry out into the lead after the caution on lap 351, while Harvick’s crew blundered and lost him places.

“This is unbelievable,” said Truex, “I’ve always loved this racetrack. I’ve led a lot of laps here in my career, but something always happens, and I’m so proud to get to victory lane with this group. The pit crew was flawless tonight—they won us the race.”

Harvick, on the other hand, wasn’t happy. “Yeah, we had a great car,” he said. “The guys in the garage and at the shop continue to do a great job, and we continue to give it away on pit road. Pretty much summed up the night. Just the dominant car, and just three bad stops on pit road.”

He went on to say that he was done “being a cheerleader” for his crew. As much as it sucks to lose because of factors that seem to be out of your hands, that might not be the best course of action—Truex’s crew messed up a week ago as well, but they’re being lauded as the heroes of the Southern 500 this week. Harvick might come to regret giving his crew cause to resent him when they start to perform again. You win as a team and you lose as a team.