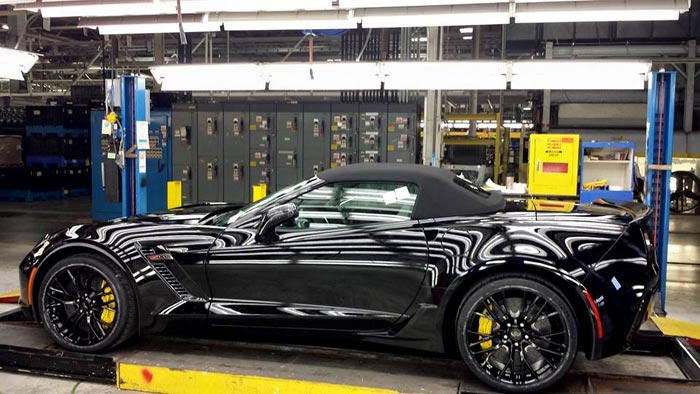 The Woodward Dream Cruise is a major event on the Detroit calendar, and the big American automakers make sure to attend. They usually bring their flashiest models to show off to an adoring public, and this year was no different with Chevrolet bringing the latest generation Camaro to display. On hand for the celebrations was also General Motors CEO Mary Barra in a new 2015 Corvette C7 Z06 convertible.

It’s not unusual for a GM CEO to make an appearance at the Woodward Dream Cruise. In 2011, then-Chairman and CEO Dan Akerson went behind the wheel of a red 1960 Chevrolet Corvette to lead the parade and celebrate Chevrolet’s 100th anniversary. What makes Barra’s appearance a little more special is that she participated in her own personal vehicle.

Headed to the #DreamCruise in the Beast #Chevy #Z06 pic.twitter.com/0MQCCxLxTq

According to CorvetteBlogger.com, the slick blacked-out 2015 Corvette C7 Z06 is one of the latest additions to her garage. In a tweet she posted on the way to the Dream Cruise, she refers to the car as the “Beast” and later confirmed that the car is equipped with a seven-speed manual transmission. It was shipped from the Bowling Green Assembly Plant in May of this year equipped with the Stage 1 aerodynamics package to make it track-ready if Barra would to take it out for more than just a luxurious cruise on Woodward.

We applaud Mary Barra’s choice in ride! If you’re the CEO of a major automaker and have your pick of the lineup, a performance car like the Corvette with lots of history is the way to go.