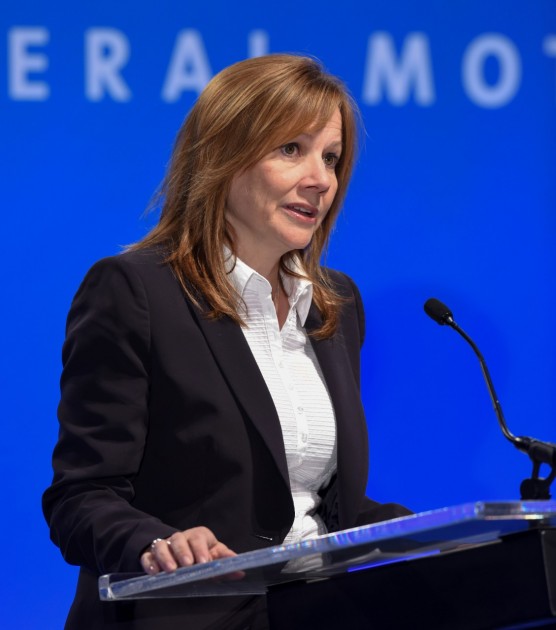 Mary Barra hasn’t updated her newly-minted Facebook page in a week, but whenever she decides to jump back on, she’ll have something worth posting. No, we don’t mean the latest Patriots-related micro-controversy (THEY WERE MESSING WITH THE HEADSETS). We mean her being named Most Powerful Woman by Fortune magazine.

This year’s 50 Most Powerful Women list is dominated by CEOs, with Barra leading a pack that includes Indra Nooyi (PepsiCo), Ginni Rometty (IBM), Marillyn Hewson (Lockheed Martin), and Ellen Kullman (Dupont). The only non-CEO in the top 10 is Sheryl Sandberg, the COO of Facebook who was responsible for convincing Barra to join the social media site earlier this month.

Barra ranked second on last year’s list after becoming the first female CEO of a major Detroit automaker. She earned the top spot in 2015 for her company’s $156 billion revenue and $3 billion profit in 2014, as well as her handling of GM’s ignition switch recall crisis. GM’s global sales in 2014 were a record 9,924,880 vehicles, and the company continues to thrive in 2015 despite market difficulties.

Earlier this year, Forbes named Barra the fifth most powerful woman in the world.

Also of note on Fortune’s 2015 Most Powerful Women list is the unprecedented addition of a No. 51 spot. This spot was filled by, who else, Taylor Swift. It was a blank space, baby, but Fortune wrote her name.