Mary Barra and Phil LeBeau Sit Down for a Chat

LeBeau is not baffled that Barra is both mother and CEO 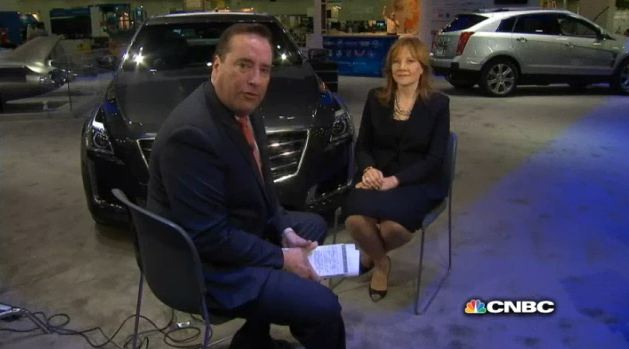 Mary Barra and Phil LeBeau sit down for a chat.Via: CNBC

But it wouldn’t be an interview with Mary Barra if the interviewer didn’t also ask about her tumultuous first year (not even a year yet, actually) at the helm of General Motors. That is, addressing the massive ignition switch recall which was issued shortly after she took on the role of CEO.

Safety First: All About OnStar

It’s interesting to note, however, that LeBeau was able to get through the interview without reminding Barra that she is a mother and pondering how in the world she could ever both raise her children and run a company. We’re looking at you, Matt Lauer.

You can check out the full interview, courtesy of CNBC, in the video below: