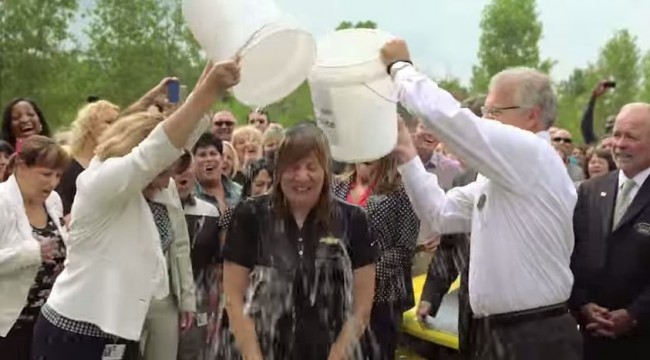 The ALS Ice Bucket Challenge has transformed the way we look at social media, turning it into a “Pay It Forward” donation machine that raises funds and awareness for a worthy cause. This particular cause is ALS (amyotrophic lateral sclerosis), which is more commonly known as Lou Gehrig’s Disease.

For the last few weeks, a fair majority of the posts we’ve seen on Facebook have been of people dumping buckets of ice water on their heads then challenging others to do the same, all while donating money to the ALS Association. The viral campaign has generated tens of millions of dollars in donations for the association and has allowed the online world to learn more about a disease that not too many know about.

But it’s not just your friends and family (and even your pets) getting in on the ALS Ice Bucket Challenge; it’s also celebrities, public officials, and important business executives. Mary Barra, CEO of General Motors, had quietly made her donation (to the ALS Association and to Charity Water), but she still was inevitably called out by several people: Meg Whitman, who is the chairwoman, president, and CEO of HP; Karl-Thomas Neumann, chief of Opel; and several others on Twitter. 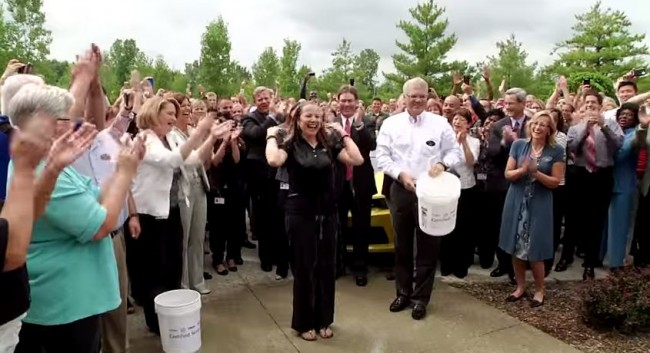 Because Barra is such a good sport, she obliged, but not without first calling out Dan Gilbert, a billionaire who has played a crucial role in the revitalization of Detroit; Phebe Novakovic, CEO of General Dynamics; and Jeff Gordon, NASCAR driver, fresh off a victory in Michigan.

Giving Back: Buick Increases Scholarships to Students in STEM Fields

Check out the video below as Mary Barra takes the ALS Ice Bucket Challenge: