Mazda Teases its HAZUMI Concept Ahead of Geneva

Early speculation suggests that the Kodo-infused concept is the spiritual predecessor to the next-gen Mazda2.

The 2014 Geneva Motor Show is a little more than a week away, and we’ve already been treated to our first glance at the Mazda HAZUMI Concept, courtesy of a teaser photo and an unofficial (and probably fan-made) rendering. 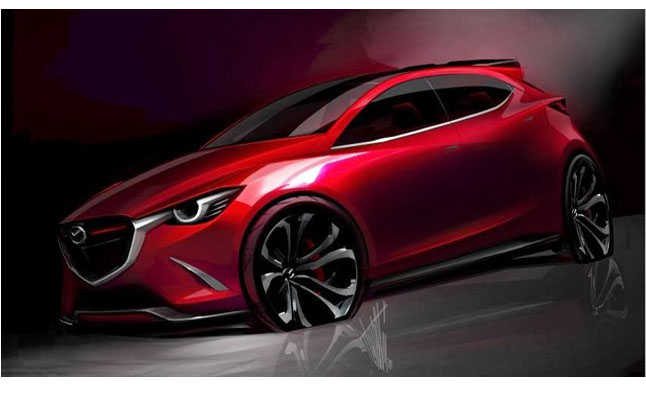 Um, sir? Your, er, wheels seem to be melting into the floor there.

So how can one be so confident that this render (which first leaked to Autofilou) is not official? Well, something tells me that Mazda would have the good sense to ensure that the wheels of their mock-up don’t sink into the floor. In any case, the sketch looks pretty plausible, and it’s definitely consistent with the early rumor that the HAZUMI Concept will be a conceptual preview of the next-gen Mazda2.

It certainly looks the part: the Mazda HAZUMI Concept (Hazumi meaning “bound or spring up”) will convey the idea of an untamed animal leaping, a look “particularly fitting for a small car designed to look as if it is literally bursting with energy.” As the official teaser image notes, the concept will take full advantage of the Kodo—Soul of Motion design language that made the redesigned 2014 model Mazda3 and Mazda6 so popular with drivers. 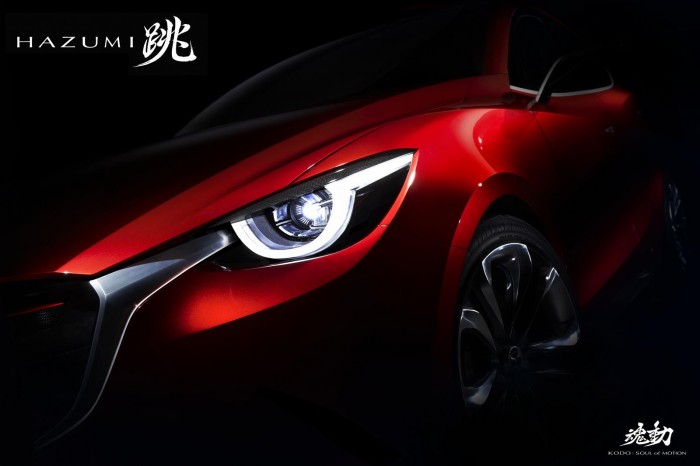 We’ll be getting our first official look at the Mazda HAZUMI Concept when the Geneva Motor Show kicks off next week. In the meantime, here’s hoping that there’s a Mazdaspeed version in the works!

Based on the earliest teases, what’s your take on the HAZUMI: yay or nay?