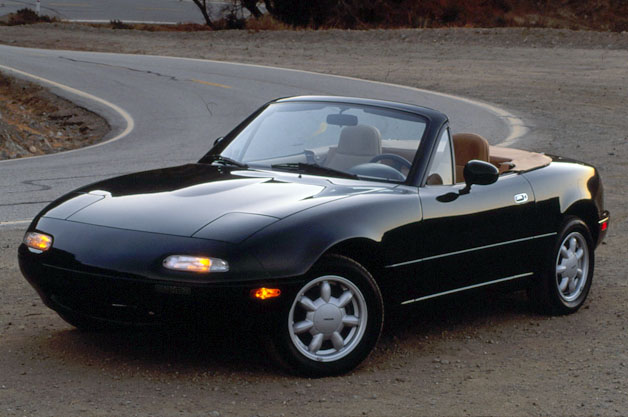 In a seemingly evocative press release entitled, “Mazda to Celebrate 25 Years of Going Topless at New York International Auto Show,” the Japanese automaker laid out its plans to celebrate the MX-5 Miata and its two and a half decade legacy.

So what exactly do these plans entail for Mazda at the New York Auto Show this year? A display of 15 MX-5 Miatas, ranging from concepts to race cars to street-legal production models, that’s what, making this the “biggest birthday party yet” for one of the most desirable—and identifiable—convertibles in automotive history.

“MX-5 Miata is the quintessential Mazda,” explained Jim O’Sullivan, president and CEO, MNAO.  “And after 25 years, every vehicle in the lineup continues to feature some characteristic of MX-5: a fluid shifter, lightness on its feet, quickness around a corner, a fun-to-drive DNA. With all the whiz-bang technology and comfort amenities increasingly added to modern vehicles, MX-5’s direct connection between car and driver still remains the standard feature that puts smiles on drivers’ faces.”

The original MX-5 Miata debuted in the Windy City on February 9, 1989, at the Chicago Auto Show. Instantly, it became a legend in that it was, by looks and by performance, what one would expect to find on the racetracks, yet it was incredibly affordable for everyday drivers, especially compared to other sports cars that the Miata sought to overthrow.

While we’re all ready to party with Mazda at the New York Auto Show, we’ve definitely got our fingers crossed that the automaker has one more thing up its sleeve: the debut of the fourth-generation Miata that is supposed to bow before the end of 2014. Guess we’ll have to wait and see.