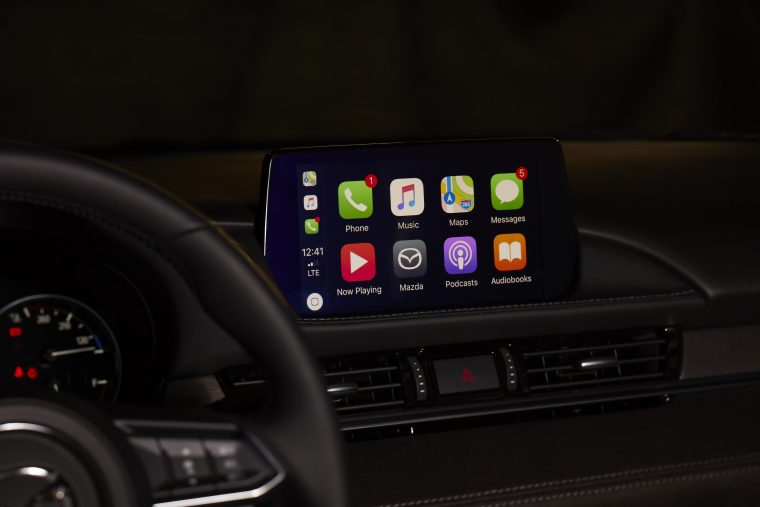 Despite the many good qualities of Mazda’s MAZDA CONNECT™ infotainment system, some consumers have a big problem with it: it doesn’t include Apple CarPlay™ or Android Auto™. Mazda rectified that starting with the 2018 Mazda6. However, those driving older-model-year Mazdas just had to look on with envy.

Speaking of Envy: Which Mazda crossover is best for you?

Not any more, though — Mazda North American Operations announced it would begin offering dealer-installed retrofits for Apple CarPlay and Android Auto on Mazda vehicles as old as the 2014 model year, so long as they use MAZDA CONNECT. This retrofit isn’t just a software flash, though. The update includes new, faster-charging 2.1-amp USB ports and the latest edition of MAZDA CONNECT.

According to Mazda, the retrofit takes about 2 hours at your local dealership. MSRP starts at $199, plus labor. Mazda says that adding these systems to more cars serves the automaker’s philosophy of minimizing driver distractions and smooth connectivity features.

Also Safety: These are the systems Mazda uses to help keep you safe

This coincides with a general movement in infotainment systems to give up old, byzantine systems and deliver more intuitive design. Doing just this was one of the recommendations from a J.D. Power study back in August. Essentially, the study found people were using their smartphones more for navigation and music rather than the carmaker’s in-house system. So, J.D. Power argued, automakers would do well to give up the battle. In any case, for Mazda this upgrade offers a more intuitive user experience, and expands access to a highly sought-after feature (just in time for the holidays, too).