Mazda Reports Small Sales Decreases in December and 2016, But for Good Reasons 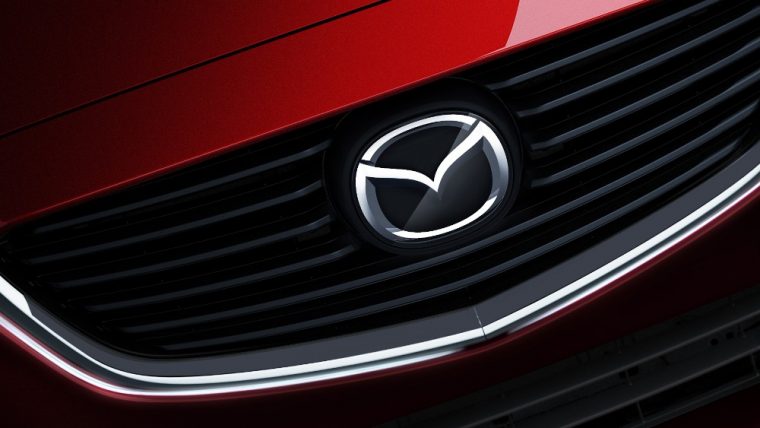 To wrap up the year, the Zoom Zoom brand has reported its total sales, both for December and for 2016 in total.

For December, Mazda sold a total of 28,754 vehicles, a slight drop from last year by 1.8%. However, the automaker also pointed out that this year, December had one fewer sales day, so if you average the number of sales with the number of sales days, this year actually posted an increase of 1.8% (which we suppose would be described as an increase in the rate of sales, as opposed to the actual number). Sales were led by the brand’s SUV lineup, the CX-3, CX-5, and CX-9, which together posted an increase of 13.6% over last year.

Here is a more detailed breakdown of Mazda’s sales for December and 2016, provided by the brand. 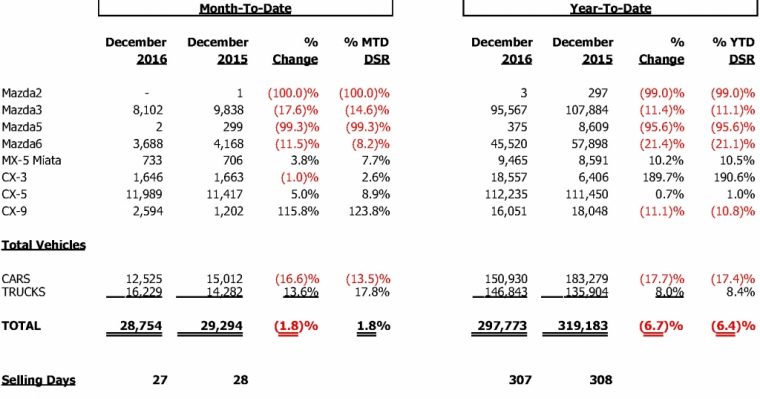 “In 2016, we developed a more defined focus on brand value management, which steered our business away from fleet sales and incentive pricing,” said Masahiro Moro, president and CEO of MNAO, of these sales declines. “Rather than chasing sales simply for the sake of growth, we will continue to focus on transforming our business operations to deliver an experience that will result in higher customer and dealer loyalty, improved long-term residual value and increased satisfaction at all levels of our business, independent from sales volume numbers.”