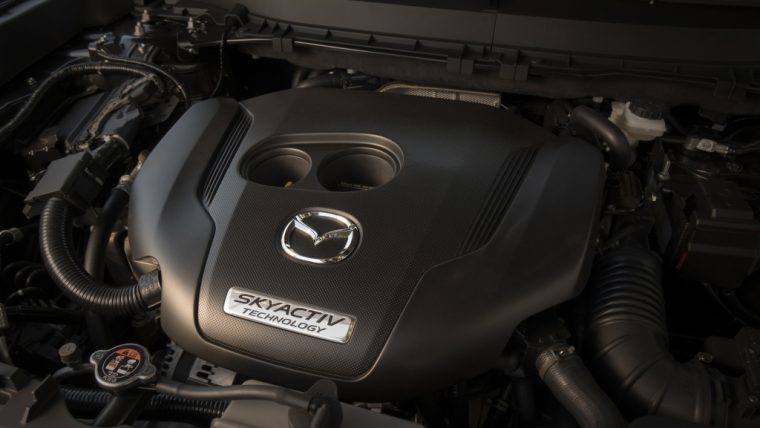 Mazda has said for some time that it would be introducing a new kind of gasoline engine that would use compression to ignite its fuel, rather than using spark plugs like most gasoline engines do. In this way, Mazda could offer the same performance with much lower emissions and using less fuel.

More from Mazda: Check out the hottest Mazda model, the 2017 CX-5

Now, though, we have a name for it, courtesy of an announcement from Mazda: the SKYACTIV-X. This engine, which will be the first commercial gas engine to use diesel-style compression ignition, will be introduced in 2019, combining, according to Mazda, “the advantages of gasoline and diesel engines to achieve outstanding environmental performance, power and acceleration performance.”

Mazda calls this combustion method Spark Controlled Compression Ignition (SCCI), so will presumably still include spark plugs in some cases—Mazda even said that this method achieves a seamless transition between the two ignition methods.

Huh: What exactly is GAP insurance?

More specifically, Mazda said that the engine combines SCCI and a supercharger fitted to improve fuel economy to increase torque 10-30% over the brand’s current SKYACTIV-G engines, while also providing up to 20-30% better fuel efficiency. Mazda even claimed that the SKYACTIV-X met or exceeded the latest of the brand’s diesel engines in fuel economy, and that it will provide that high efficiency across a wide range of rpms and loads.

Of course, these numbers aren’t set in stone. Mazda was quick to point out that the engine it still under development, so those metrics could very well change before the SKYACTIV-X shows up in someone’s garage. However, if they get anywhere close to those numbers, they should make quite a stir.