Meet the World’s Most Obsessive Honda Collector (We Hope) 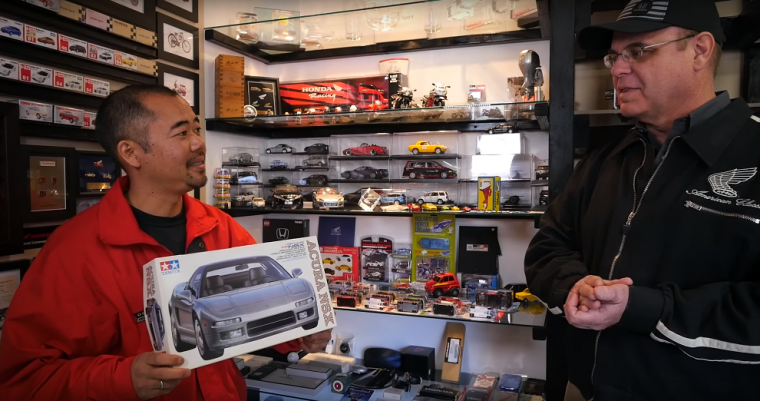 The honorable Judge John Hodgman once said that there is a thin line between a collector and a hoarder, and that line is a display case.

By that logic, my closet full of unopened baseball bobbleheads marks me as a “hoarder,” while this guy’s garage full of (very well-organized and prominently displayed) Honda memorabilia, models, and vintage products defines him as a “collector.” But once you see just how compulsively complete his collection is, you may start to wonder if he’s really the sane one here…

Honda employee and superfan Lance says that his magnificent obsession began with the original NSX. No doubt a lot of people fell in love with that car… but how many of them were inspired by it to buy old Honda power generators, Honda socks, and even an S2000 beach towel? We’re guessing you could count the number on one finger.

This profile of one man’s intense collection is the first in a new video series entitled “Honda Kokoro.” The word “kokoro” is Japanese for “heart,” and the video series promises to celebrate “the heritage, culture, people and products that make Honda uniquely Honda.” It will be interesting to see who or what the series documents next.