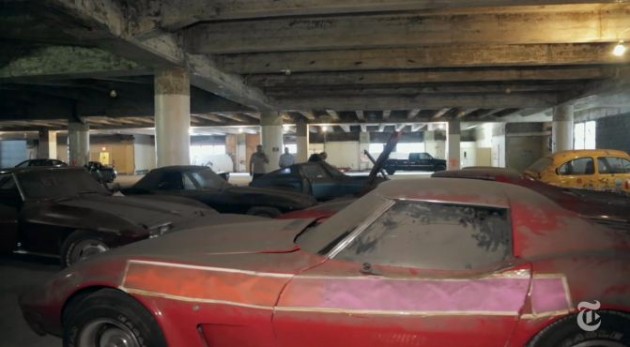 Remember back in October when we reported about the famous Peter Max VH1 Corvettes being restored and auctioned off? In case you don’t recall, here’s the story in a nutshell: Pop artist Peter Max bought a bunch of Corvettes of a guy who won them on VH1. He then got into some trouble with the IRS, and left the Corvettes to rot in a public parking garage. One Corvette enthusiast, Scott Heller, who had helped Max move the cars to various locations over the years, eventually ended up buying the lot, with plans to restore them all and auction them off.

More on the Vette: 2015 Chevy Corvette Specs and Features

Now, we’re learning that Peter Max is being sued for $1 million by two men who he asked to help him sell the cars—Jeff Wallner and Kenneth Simmons. According to the lawsuit, the men were approached by Max back in the summer and asked to sell the Corvettes in exchange for a 10% commission. Before they even began marketing the cars, however, Max had accepted the offer from Scott Heller to buy all 36. Wallner and Simmons claim that they never received the commission promised them in various emails and text messages, which prompted them to bring about the lawsuit.

Additionally, the lawsuit claims that the artwork Max has been selling in recent years was not produced by him at all, but by a group of “ghost painters.” This claim is denied by Max’s attorney.

Get a Deal: GM’s National Incentives

Whether or not Max will end up having to pay the 10% commission depends on the proceedings of this lawsuit, but we have to say that we are not surprised to hear this news. Peter Max is eccentric at best, and the fact that he left these classic cars to gather dust in public places for so long makes us question his sanity even more. Stay tuned to The News Wheel for more on the Corvette lawsuit story in the coming weeks and months.