Mifold Car Seat is the Answer to Your Space Needs 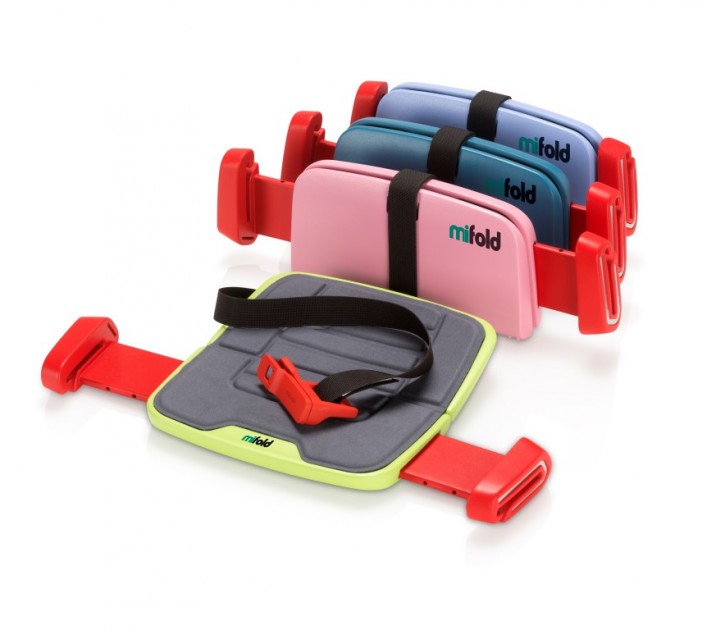 When you’re young and childless, that sporty coupe or miniscule hatchback seems like a great investment—cheap to buy, cheap to run, and cool to look at. But once you have kids, that tiny car just won’t do anymore. You soon replace it with a more practical wagon or hatchback, and possibly even a minivan after the third or fourth kid.

But even those of us with huge cars for our kids run into trouble when trying to move the booster seat from one vehicle to another.

A new device called the mifold Grab-and-Go Booster Seat could be the answer to this problem. It’s designed to be portable, while remaining as safe as your typical bulky booster seat. The idea is the brainchild of Jon Sumroy, a father of four, who ran into issues when trying to carpool or having his kids’ grandparents pick them up. “I thought, if I could design a booster that was mighty small and mighty strong, one that kids could take with them everywhere, then they could always be safe no matter whose car they’re in,” explained Sumroy.

The seat is designed for children between the ages of four and 12. It’s made from aircraft-grade aluminum and plastic polymers, and can actually be put in the dishwasher. Mifold has been crash tested in countries around the world and stands up against other booster seats with no problems.

Sumroy also points out that his invention will save parents money and hassle if they often use taxis to get around, or if they ever rent cars. “Mifold solves this problem for less than what you would pay a rental car company to use their seat once,” he explains.

The Grab-and-Go Booster Seat was made into a reality through a crowdfunding campaign. You can now buy the seat from mifold’s website.