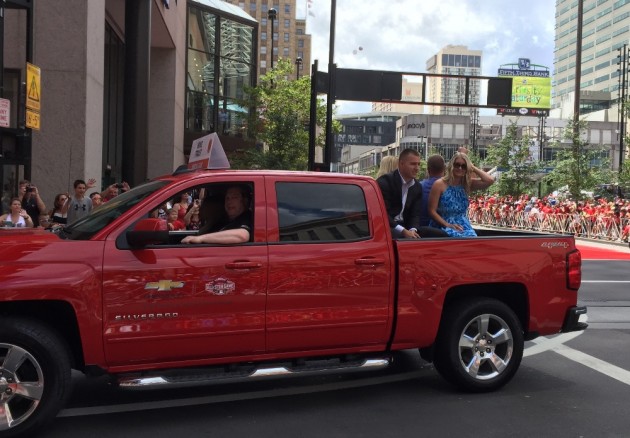 As the Official Vehicle of Major League Baseball, Chevrolet had a major presence in Cincinnati this week for the 2015 MLB All-Star Game at Great American Ball Park. The 2016 Camaro was on display at the T-Mobile FanFest downtown, and Chevy even had new Equinox SUVs taxiing people from the FanFest convention to the ballpark.

The All-Star players and managers got to ride Chevrolet vehicles to the park, too, although with considerably more fanfare. The bowtie brand rolled out the red carpet (literally), transporting the game’s best players from their hotel to the stadium in Chevy sports cars and pickup trucks. 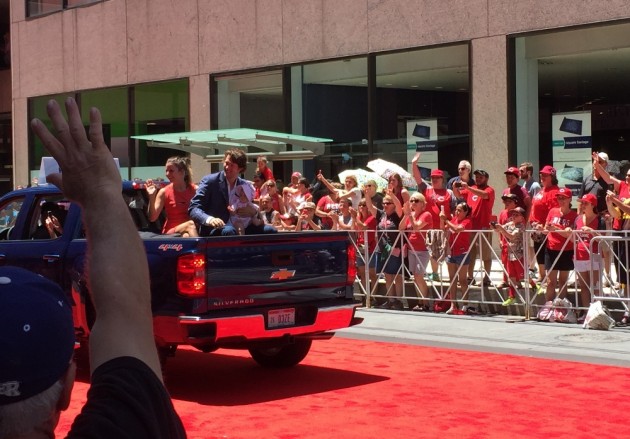 Managers Bruce Bochy and Ned Yost got to ride in style in Corvette convertibles, while the players (and in many cases, their wives and families) piled into the beds of Silverados.

The baseball All-Stars waved to adoring Reds fans (or, in the case of St. Louis Cardinals players, jeering ones), with some of them tossing out free swag to the audience, including All-Star Game-branded beer cozies and plush balls. 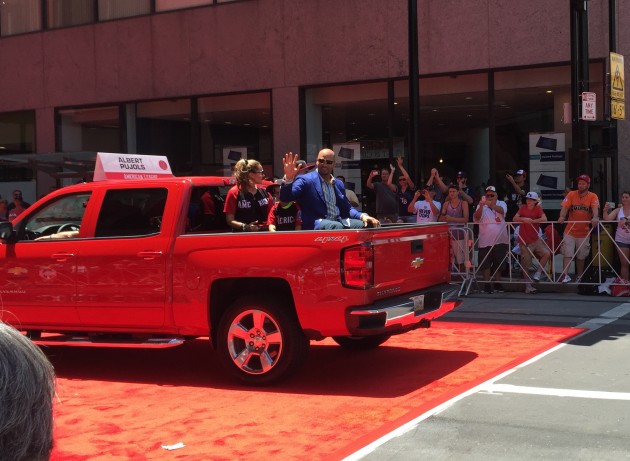 The National League players were paraded through first, followed by their American League counterparts, followed by a guy in a steel cage wearing a bear costume. 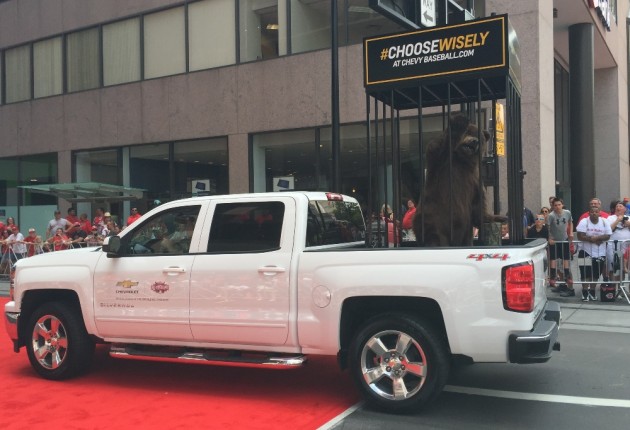 The costume was a reference to those commercials Chevy has been running for the Silverado in which “real people, not actors” are asked to choose between hiding from a 700-pound grizzly bear in a cage made of high-strength steel, or a cage made of aluminum. It’s supposed to reinforce the notion that the steel Silverado is stronger and more dependable than its aluminum-bodied rival, the Ford F-150.

The disguise was effective enough (at least from a distance) that several people in the crowd could be heard asking if it was a real bear or not. Unfortunately for Chevy, none of those onlookers asked what material the cage was made of.