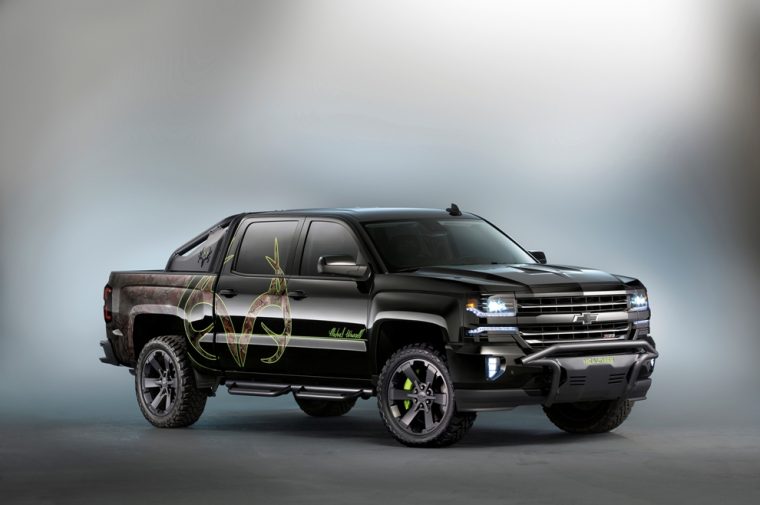 And who better to endorse the ladder truck than the Bone Collector himself, Mike Waddell?

Waddell covers most of the highlights of the Silverado Realtree Edition, including Z71 off-road package, which includes Rancho monotube shocks, Hill Descent Control, a G80 auto locking rear differential, and an underbody shield.

Plus, it “looks cool, too,” thanks to the special blackout trim, black bow ties, and the Realtree camo accents running through the interior and exterior of the vehicle.

The video closes with a demonstration of the Silverado’s towing capacity (though if you’re really dragging that much stuff through the woods with you, you might risk spooking all of the deer).

Waddell isn’t the only one endorsing the Silverado Realtree Edition—NASCAR driver Austin Dillon also did a quick ad for the truck.

GM Vehicles: Learn more about the Chevy Sonic and Spark

In the video, Dillon jokes about how he’s “hard to see” when he’s driving 200 mph on a racetrack, but also hard to see when he’s decked out in camouflage attire and cruising in the Chevy Silverado Realtree Edition.