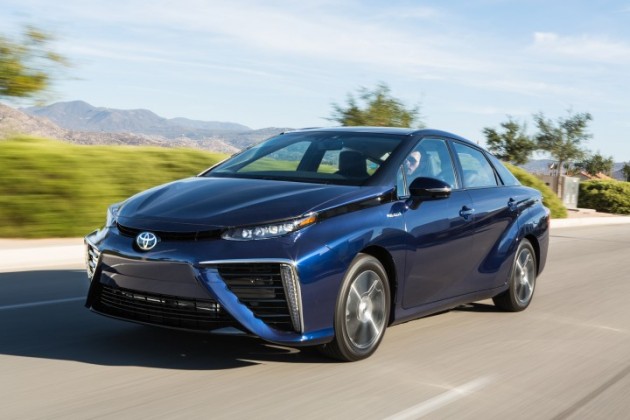 As if the efforts of Lexus to convince customers that EVs are terrible for road trips and generally not as fun to drive were not evidentiary enough to the conclusion that Toyota really doesn’t like electric cars, perhaps the comments of the chief engineer of its hydrogen fuel-cell vehicle will do the trick.

According to Yahoo! Autos, the chief engineer of the 2016 Toyota Mirai, Yoshikazu Tanaka, told Reuters Canada that he does not believe battery-electric cars are viable alternatives to vehicles with conventional combustion engines. Tanaka cites long charge times and short ranges as a reason for Toyota avoiding EV technology almost completely.

“Toyota isn’t denying the benefits of EVs,” Tanaka said. “But we think the best way to use them is to charge them at night (to avoid peak power consumption hours), and use them for short distances during the day.”

While other automakers have promoted the idea that high-speed charging units will reduce range anxiety, Tanaka suggests that these chargers’ energy usage would almost completely offset any green benefits of driving an EV.