Renault-Nissan Alliance May Team with Mitsubishi for Ford Focus Rival 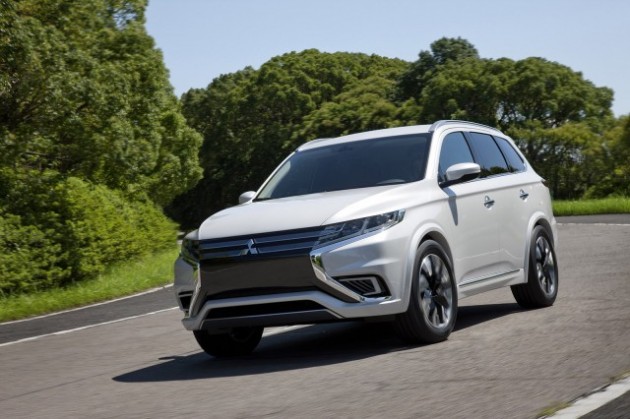 Could a future Ford Focus rival built by Mitsubishi using the style seen in the Outlander PHEV Concept-S?

It was announced back in September that Mitsubishi and Fiat had signed a Memorandum of Understanding to work together on a midsize pickup truck for the European market. Reports out of the United Kingdom suggest that Mitsubishi and the Renault-Nissan Alliance could be working with one another in the future on a new platform that would spawn a rival to the Ford Focus.

Mitsubishi Motors Corp. CEO Osamu Masuko told The Telegraph that both sides are currently in the midst of a cost analysis to determine if a future compact car would be a viable option for the companies.

“Right now we’re discussing it with Renault-Nissan,” said Masuko. “If it’s profitable, if we can make a business case, then we’d like to bring this new model to Europe.”

This Mitsubishi C-segment compact sedan/hatch would be built upon the same platform as that of the inevitable replacement for the Renault Megane and Nissan Pulsar. Sales of C-segment vehicles throughout Europe were strong in 2013 and remain strong this year, and the inclusion of a dedicated competitor to models such as the Ford Focus and Volkswagen Golf would go a long way toward capitalizing on brand success culled from the quick adoption rate of the Outlander PHEV and the popularity of the Lancer EVO.

Related Story: 2015 Mitsubishi Lancer Evolution Will Be the Last

Despite the fact that this model is unlikely to come stateside (you can now safely return to enjoying your Mirage with unencumbered glee), the look of Mitsubishi’s Focus rival could have a rival impact on the way future Mitsu models appear everywhere.

“We’re in the midst of developing a new design philosophy,” said Masuko. “We want to get to a position where someone can look at any of the vehicles we produce and immediately think, ‘that’s a Mitsubishi. ’”

Whether that look will call upon the unique styling of the Outlander PHEV Concept-S that was revealed in Paris remains to be seen, but there’s little complaint we could offer if that would prove to be the case.