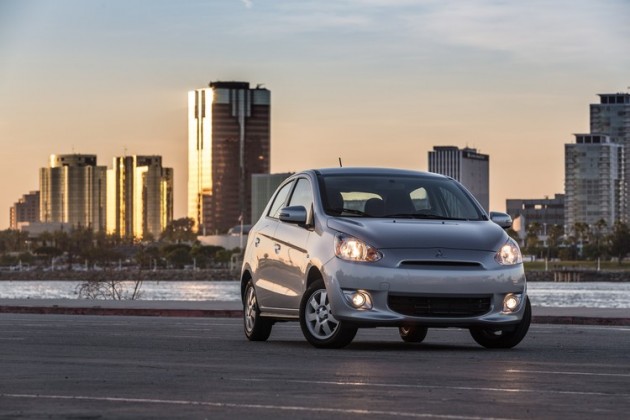 Mitsubishi had quite the successful month this May, here in the United States. According to recent sales figures released by the Japanese automaker, Mitsubishi just experienced its 15th consecutive month of year-over-year sales gains. In total, the automaker moved 9,575 units, which marks a 31.7% increase over May of 2014.

In fact, a couple of Mitsubishi models set records for themselves last month. The country’s most fuel-efficient non-electrified vehicle, the Mitsubishi Mirage, had its best month ever with sales totaling 3,369, up a whopping 98.2% over May of last year. The Outlander Sport also set an all-time high at 3,384 units sold. The Outlander followed suit with its best May since 2008, at 1,341 units sold.

“Mirage, Outlander Sport, and Outlander continue to lead the charge for the brand and, frankly, that comes as no surprise,” said Don Swearingen, executive vice president of Mitsubishi Motors North America. “Each model brings to its segment the Mitsubishi value proposition and clearly that message is resonating with consumers. Later this summer we will be introducing the featured-loaded new 2016 Outlander and it will be priced to further add to our value story.”

The Lancer also improved over last year, making the i-MiEV the only Mitsubishi model to drop in sales last month. Mitsubishi moved just 18 units of the i-MiEV in May, compared to 35 in the same month last year.