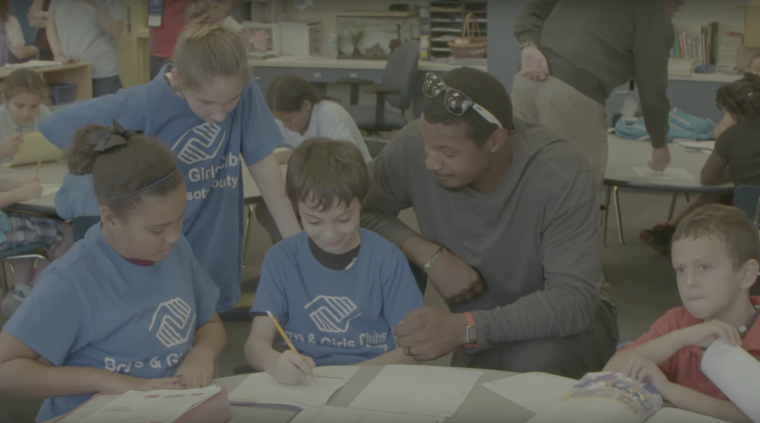 Chevrolet is the official vehicle of Major League Baseball, so it only makes sense that the automaker tapped two of the game’s stars to participate in #DayItForward, the bowtie brand’s campaign to promote random acts of kindness on Leap Day.

First up, all-star Baltimore Orioles center fielder Adam Jones used part of his extra 24 hours to hang out with children from the Boys and Girls Club of Sarasota. Though Jones is still probably grieving the Orioles’ recent ban on his habit of smashing pies in the face of teammate Felix Pie, he put on a brave face for the kids, helping them with their homework and even pitching a game of kickball.

Chevy News: The Camaro 1LE package will spice up your track day experience

Jones says in the video that he grew up in a Boys and Girls Club, so he feels comfortable going back (even if he admits to being a bit rusty when it comes to doing homework).

Detroit Tigers pitcher Daniel Norris chose to give back to just one young fan, though it was a very special one. Norris, who underwent surgery for thyroid cancer this past October, surprised 11-year old fan Hunter Bowman, who suffers from the same illness, with a personal tour of Comerica Park:

Bowman was also lucky enough to get a personalized jersey, a trip to spring training, and what every aspiring athlete wants most: batting lessons from an American League pitcher.

All kidding aside, it’s a pretty heartwarming video. Especially when compared to some of Chevy’s other #DayItForward stunts, like Mario Lopez giving someone coffee.