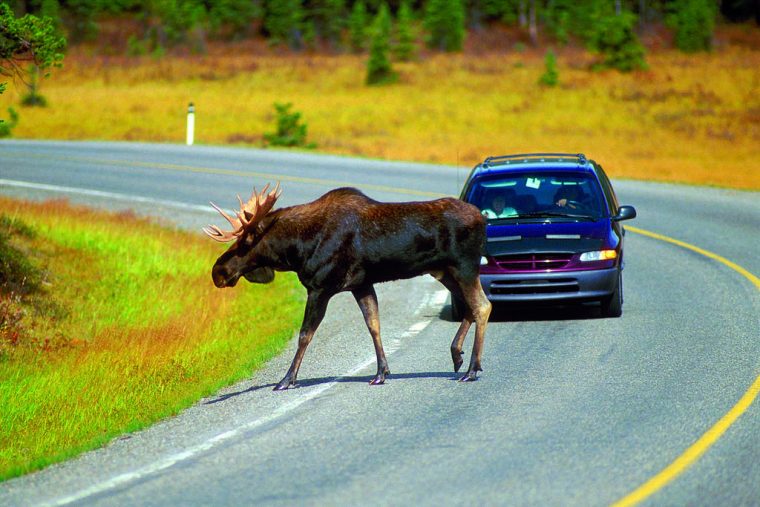 Shawnae and Bryce Somsen parked their Subaru at Grand Teton National Park when they spotted a herd of moose roaming nearby and captured a video of the animals.

Some Top Tech: Subaru Starlink offers some cutting-edge features for you

The moose approached the vehicle and proceeded to lick the couple’s car for half an hour. The Subaru just tasted that good. Why? Maybe it’s because all the cool moose are doing it, but it’s more likely that the car tastes good to them because it’s salty.

The salt mix we use to treat our roadways creates a delicious, lickable crust on our cars or on the side of the road. Road salt has been an ongoing problem in the northern regions for some time. While the salt isn’t deadly to wildlife by itself, the overbearing amount we use during winter causes problems for the ecosystem. At the very least, it lures animals like moose to roads and parking lots. Driving in cold weather is bad enough without hitting wildlife.

Car licking episodes have become such an epidemic that the Canadian government released a pamphlet several years ago about how to react when moose lick your car. To summarize the pamphlet: you honk the horn. If the animal doesn’t leave, you should wait it out. Enjoy the free car wash and bask in the moment.

Bryce took that opportunity to stick his hand out the window for the moose to lick. It worked, but we don’t recommend it. The moose might be friendly, but it has a different disease immunity compared to humans, so you might get sick.

Want a Subaru Upgrade?Here’s a link to hire bears the latest Forester features

This still doesn’t explain why Subarus in particular have the uncanny ability to attract wildlife, such as bears. Some people believe that Subaru hired the bears to trash cars as a marketing ploy. Personally, we suspect the vehicle owners hired bears. Then the owners collected insurance and upgraded to a newer Subaru.

We all have our theories, I guess.