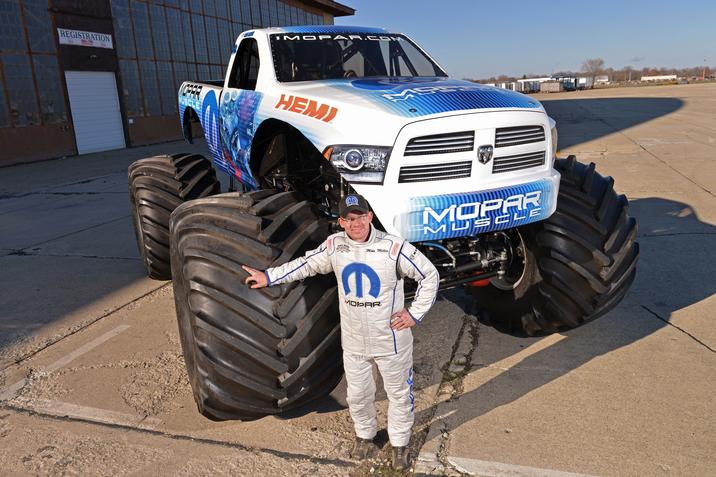 Chrysler Group LLC announced Friday that Mopar, its service, parts, and customer-care brand, will be bringing some of its vaunted “muscle” to the Monster Truck Racing Series in 2014. The Mopar Muscle monster truck, the first Mopar-sponsored beast released in more than a decade, joins Hall Brothers Racing’s championship-winning “Raminator” and “Rammunition” for six upcoming Monster Jam events. 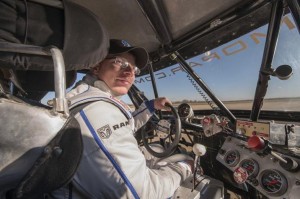 “We’re excited to have Mopar make its first foray into the world of monster trucks by joining the Ram brand in this popular and competitive exhibition series with a such a passionate and loyal following,” said Pietro Gorlier, President and CEO of Mopar, in a press statement released Friday. “So much of what Mopar does is applicable to the general consumer, but occasionally we like to show just how capable our brand is of really extreme performance. This is a great and fun opportunity for us to do that with Mopar Muscle and the Hall Brothers.” 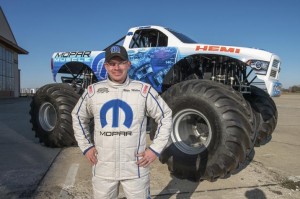 The Mopar Muscle monster truck will be the first Original Equipment Manufacturer (OEM) creation to enter the Monster Jam series in over 10 years. It stands 10 feet high, weighs 10,300 pounds, and doles out 2,000 horsepower. Sounds like the perfect vehicle for our afternoon commute.  Mike Miller of Hall Brothers Racing will be the lucky man behind the wheel during the 2014 Monster Jam series.

Based upon the 2014 Ram Heavy Duty truck, the Mopar Muscle monster truck is powered by a burly 565 cubic inch supercharged iteration of the legendary Gen II 426 HEMI® engine (which also just so happens to be celebrating its half-centennial in 2014). To help celebrate the occasion, Mopar Muscle will wear a 50th anniversary logo that, appropriately enough, features a rampaging elephant.

“We are very proud of our new Mopar Muscle Ram monster truck,” said Tim Hall owner and crew chief of Hall Brothers Racing. “It looks really fantastic, and I can’t wait to see it run. Mopar has a long and storied history of winning across many forms of racing, so we intend on helping to make their entry into monster truck racing just as successful.”

If there isn’t a Monster Jam event in your area and you want to see this beast in action, FOX Sports 1 and FOX Sports 2 will telecast competitions beginning this month. 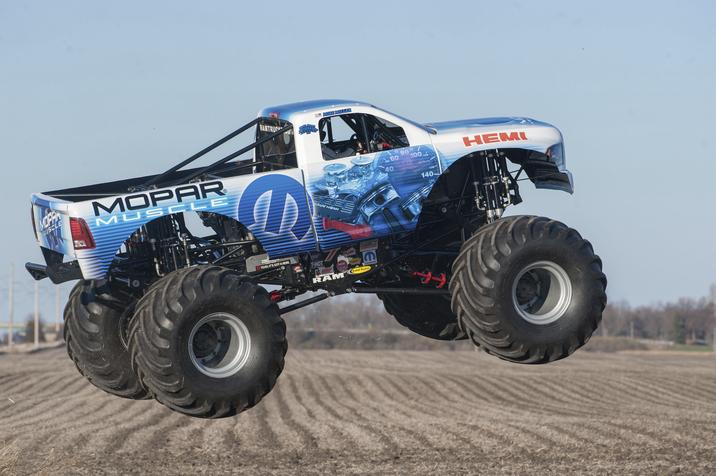