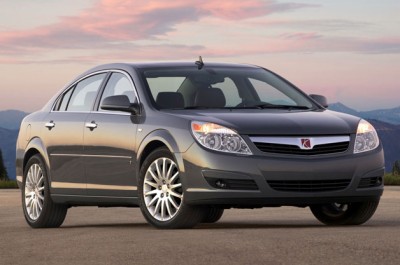 Announcer: Today is a day that ends in the word “day,” which means it’s a perfect-enough day for another round of…more GM recalls!

Host: Who are our lucky contestants today, Rich?

Announcer: Sure thing! Well, these Auras, built between April 24, 2006 and October 31, 2007 and equipped with a four-speed automatic transmission, all have the potential for…a FRACTURE IN THE TRANSMISSION SHIFT CABLE!

Announcer: A fracture in the transmission shift cable can occur when the vehicle is being driven, which makes it impossible to shift the Saturn Aura into park or remove the ignition key. Of course, not being able to park your car or remove the keys creates a rollaway threat, which can result in…

Audience (together): AN INCREASED RISK OF INJURY!

Host: All right! And who will those 56,124 Saturn Auras be playing against today?

Announcer: Why it’s none other than 51,640 Buick Enclave, Chevrolet Traverse, and GMC Acadia models from the 2014 model year!

Announcer: These 51,640 Enclaves, Traverses, and Acadias were manufactured between March 26-August 15, 2013. These particular models could have a problem with the engine control module software that might cause the fuel gauge to read incorrectly. This could lead to running out of gas and stalling at a really inopportune time, which can result in…

Audience (together): AN INCREASED RISK OF INJURY! 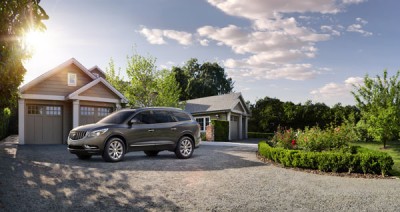 Okay, is everybody ready to play?

*Recalled vehicles say nothing because they are not sentient creatures*

*Announcer says nothing because he does not exist*

*Audience does not react because they are not there*