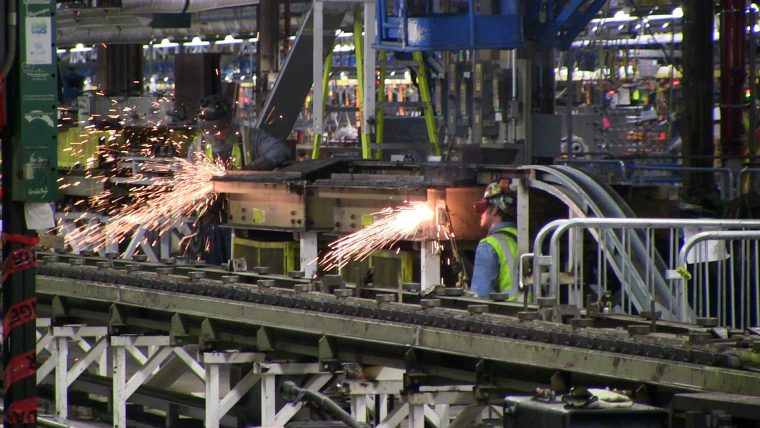 The General Motors Detroit-Hamtramck Assembly Plant in Michigan is responsible for some of the automaker’s most popular vehicles.

To keep up with demand, GM announced last week that the plant will add more than 1,200 hourly and salaried jobs, as well as a completely new second shift.

“The workforce at Detroit-Hamtramck is second to none,” said UAW Local 22 Shop Chairman Don LaForest. “We appreciate the opportunity to expand our UAW-GM family.”

Currently, the plant builds the Chevrolet Impala and Malibu models, which carry some of the company’s most historic nameplates. It also is responsible for two electric cars, the Cadillac ELR and the all-new Chevrolet Volt. The Chevrolet Volt is currently in a limited rollout, getting ready to take on the country in the 2017 model year, armed with the positive reviews it’s already drumming up.

In early 2016, when the second shift is scheduled to be ready to build cars, the plant will take on the Cadillac CT6. It was revealed at two separate auto shows in China earlier this year, and is said to be a new full-size luxury car ready to take on the German competition.

Once all the dust settles, the plant will employ about 2,800 people.