Ford unveiled its concept for the Mach 1 way back in late 1966, but we didn’t see those plans come to fruition until 1969, which is why our Mustang of the Day, as we countdown to the pony car’s big 50th birthday, is the 1969 Ford Mustang Mach 1, the start of something good. 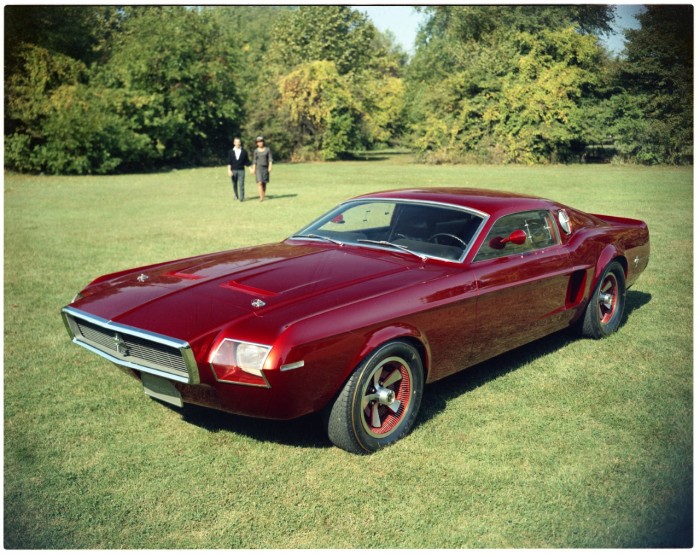 The 1969 Ford Mustang Mach 1 joined five other factory performance Mustang models—the GT, the Boss 302, the Boss 429, the Shelby GT350, and the Shelby GT500—in the Mustang model lineup. The models weren’t so friendly with one another, however, as the Mach 1’s popularity against the GT’s fading success saw the GT ousted after 1969. It would not return until 1982. 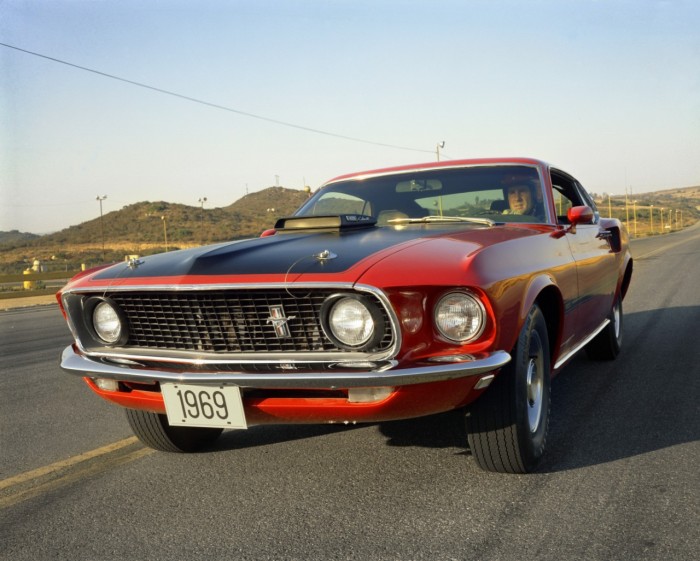 The 1969 Ford Mustang Mach 1 was only available in the fastback body style and was powered by a 351 cu.-in. 5.8-liter Windsor V8, mated to a three-speed manual gearbox. The standard engine was good for 250 horsepower through the two-barrel carburetor, but it could get 290 with the four-barrel and elevated compression. Special treatments for the Mach 1 included a chin spoiler, chrome exhaust tips and a chrome pop-off gas cap, competition suspension, a deluxe interior, high-back bucket seats, matte black hood treatment with simulated air scoop and hood pins, racing mirrors, rear wheels featuring Goodyear Polyglas tires, rear window louvers, and a Rim-Blow steering wheel. A “shaker” hood scoop and rear deck spoiler were also available.

The 1969 Ford Mustang Mach 1 Cobra Jet was reportedly one of the world’s fastest cars at the time. Paired with an automatic transmission, the Mach 1 Cobra Jet could take to 60 mph from a standstill in just 5.5 seconds. It reached a full quarter-mile in 13.9 seconds at 103 mph.