NASA Celebrates 45th Anniversary of Last Drive on the Moon

Some anniversaries are more interesting than others. Today, December 11th, for instance, is the 45th anniversary of one of the most historic drives in history, as Astronauts Gene Cernan and Jack Schmitt of the third and final Apollo mission unfolded the third and final Lunar Roving Vehicle (designed partly by GM, by the way) for a drive across the moon’s surface. 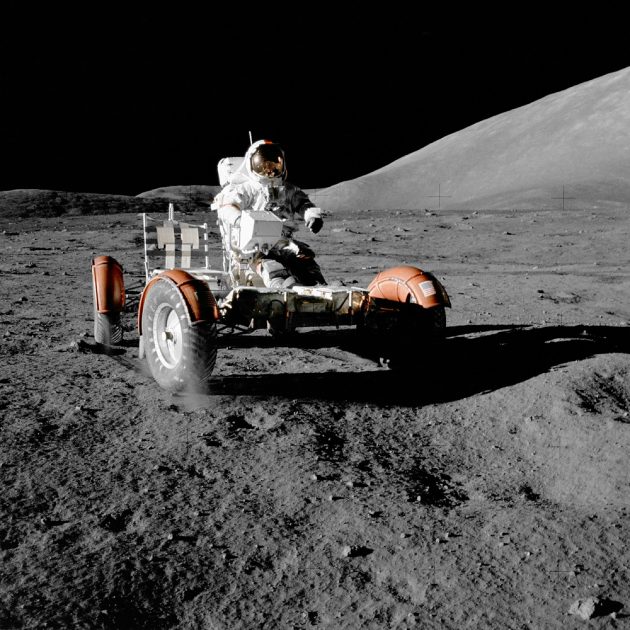 Disaster struck almost immediately, as while working near the Lunar Rover, Cernan accidentally broke off the right rear fender when a hammer strapped to his leg got caught on it. This wasn’t a mission-ending problem, really, but certainly meant one thing: cleaning up moon dust was about to become a big, big part of their lives.

This, by the way, was exactly the same problem that occurred on the previous Apollo 16 mission, when Astronaut John Young’s leg, complete with—you guessed it—a hammer in his pocket, broke off the fender.

In Cernan’s case, he then spent a good while repairing the broken fender with a tool found in the garages of people across the nation: a roll of normal, silver duct tape. Of course, then there was a different problem: there is a lot of dust on the moon, so it just wouldn’t stick very well. However, eventually Cernan managed to get some measure of taping done, later involving taping and clamping maps onto it as a makeshift replacement. 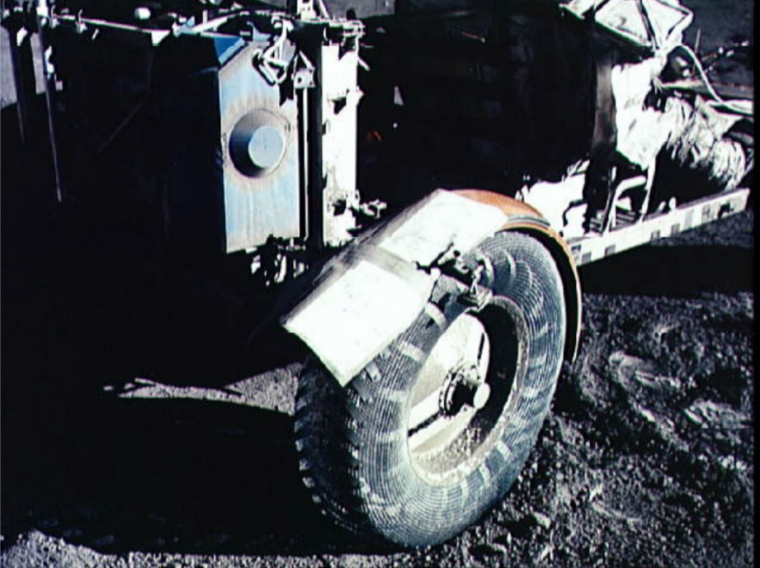 In all, the team used the Lunar Rover to make a trip of more than 22 miles over the course of four hours and 26 minutes in three trips, a trip which NASA celebrated and offered some context for by releasing the following image of the rover trip map, overlaid on an image of the island of Manhattan. 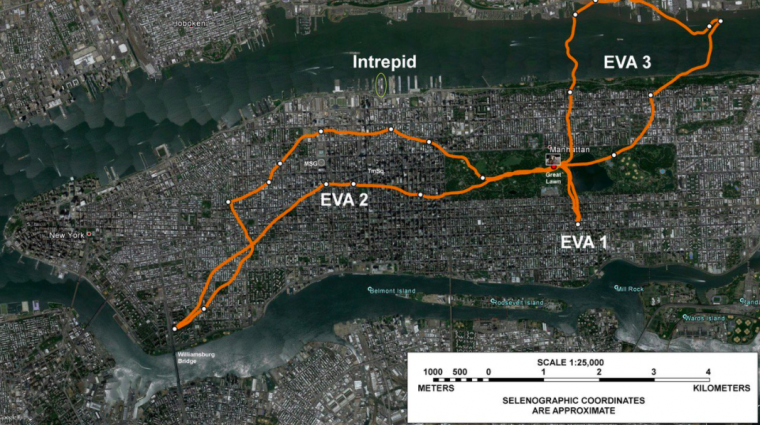 Ultimately, Apollo 17 returned to Earth a little over a week later on the 19th, leaving the loyal (although battered and dusty) Lunar Rover behind, where it is today. 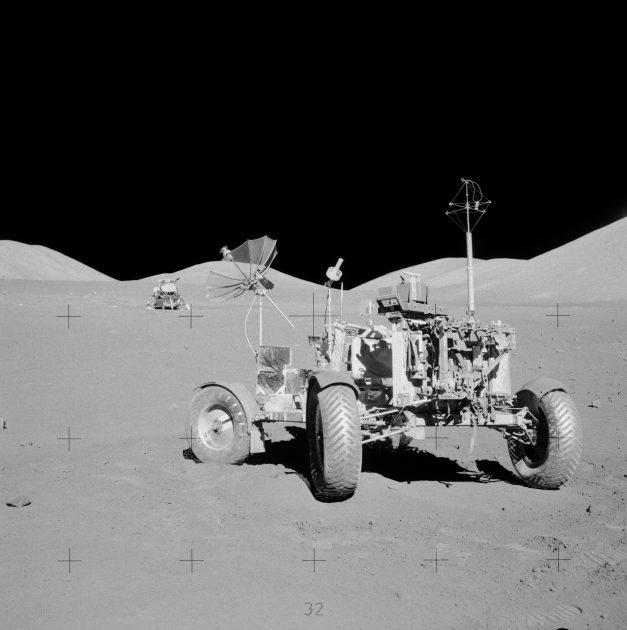