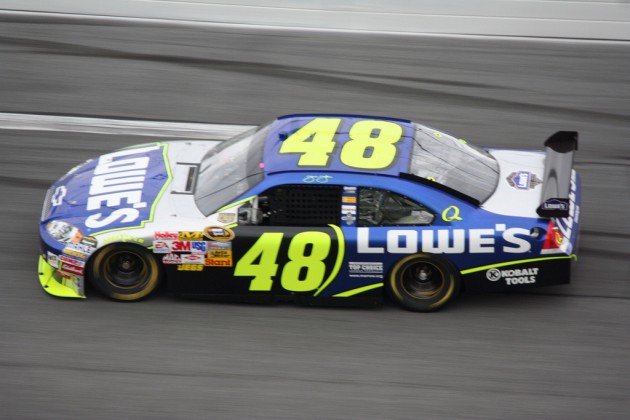 NASCAR is offering their fans a free American flag this weekend at Daytona if they trade in their Confederate flag.

“We want to be inclusive to everyone, and the last thing you want is for anyone to come to a sporting event and really not enjoy that experience because of symbols that really represent things we’re not proud of,” said Joie Chitwood, president of Daytona International Speedway.

NASCAR had previously banned the Confederate flag from their events in all official capacities, but still gave fans the right to freely express themselves by allowing them to bring Confederate flags to the racetrack, which is now a policy they will consider removing altogether. NASCAR announced last week in a statement that it supported South Carolina Governor Nikki Haley’s call to remove the Confederate flag from South Carolina Statehouse Grounds, which is a move that 30-year-old Bree Newsome took into her own hands on June 27th, when she climbed the 30-foot flagpole and removed the flag herself before being arrested.

The Independence Day race weekend at Daytona is a tradition for NASCAR and they usually have offered fans the right to trade their Confederate flag for the flag of their favorite race team, but after the Charleston church shooting and the possible arson of five predominantly black Southern churches since the shooting, NASCAR and Dayton International Speedway decided to just offer the American flag exchange instead of banning the Confederate flag altogether because the flag exchange policy was in place when NASCAR sold tickets for these events.

NASCAR is not alone in its opposition of the Confederate flag, as Warner Brothers recently announced the removal the Confederate flag from all reproductions of the “General Lee” automobile from the classic TV show Dukes of Hazzard.  It has been jokingly rumored the Rainbow flag might take its place on top of the famous vehicle, after the Supreme Court’s landmark marriage equality ruling. Chevrolet has also come under fire in recent days, following  Kid Rock’s decision–whom the brand sponsors–to support the flag during this time of controversy.

NASCAR’s most-popular driver, Dale Earnhardt Jr., also spoke out recently saying the Confederate flag is not only offensive to an entire race, but the only place for it is in history books. Earnhardt Jr. went on to tell a story about a bumper sticker his father use to have featuring the flag, which his dad promptly removed after their African-American housekeeper said it made her feel uncomfortable.

The NASCAR Coke Zero 400 will take place this Sunday, July 5th, at 7:45 pm and will be televised by NBC.

Here’s hoping there are more American flags than Confederate ones in the bleachers this weekend.

And oh yeah, after featuring his new Microsoft Windows 10 paint scheme at last week’s race, Dale Earnhardt Jr.’s No. 88 Chevrolet is getting a patriotic makeover for the Coke Zero 400 at Daytona. Check out this time-lapse video tweeted by NASCAR: