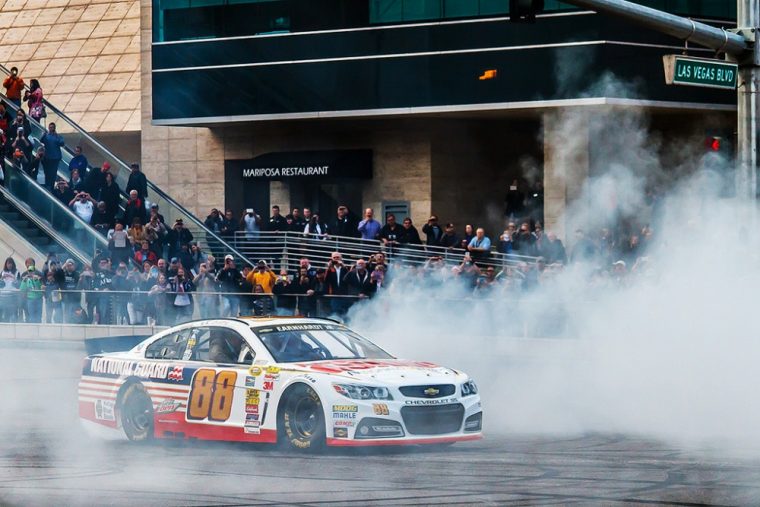 Dale Earnhardt Jr. won his third race of the 2015 season with his victory at Phoenix
Photo: James Marvin Phelps

The start of the race was delayed for approximately seven hours due to rain and the race was stopped on lap 219, which was 93 laps short of the 312 that were scheduled.

Jeff Gordon, Kevin Harvick, Kyle Busch, and Martin Truex Jr. are the four drivers who will compete for the NASCAR Sprint Cup Series championship next Sunday at Homestead-Miami Speedway in the season finale.

Earnhardt Jr. said after the race that he was lucky to earn Sunday’s victory at Phoenix.

“We will take this win,” said Earnhardt Jr., “It has been a long year and we put a lot of effort into it and we are starting to see some things turn around and work for us like we want. We were fast all weekend, so real proud of this.”

Next up for the NASCAR Sprint Cup Series is the season finale at Homestead-Miami Speedway on November 22nd.  The race is scheduled to begin at 3 pm and will be broadcast by NBC.

Video: Earnhardt Jr. talks about his victory at Phoenix