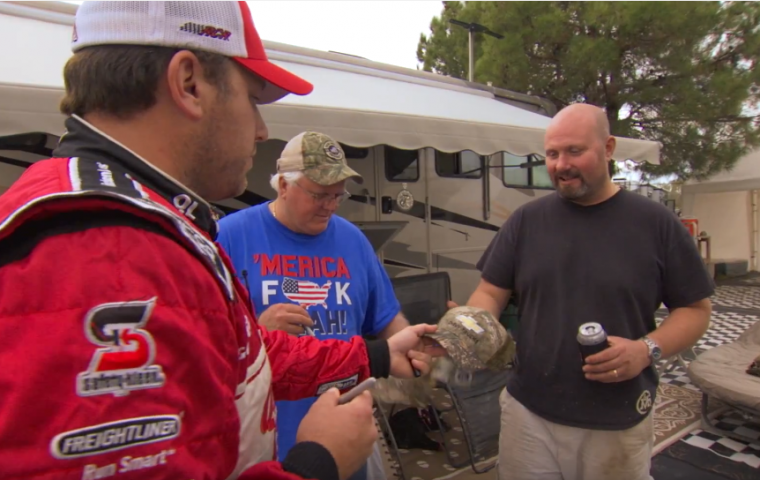 If you answered “yes” to any or all of those questions (and what red-blooded American wouldn’t?), I certainly hope you were at Texas Motor Speedway this past weekend. That’s because NASCAR driver Ryan Newman spent some time driving around the infield giving autographed hats to random Chevy Silverado owners, including the gentleman (above) wearing the patriotic “’MERICA F[continental United States]K YEAH!” t-shirt.

Beyond Free Hats: The benefits of owning a truck

Armed with only some sharpies and some camo bowtie brand hats, Ryan Newman drove around the racetrack campgrounds in a black Chevy Suburban looking for Silverado pickup truck owners to surprise. Some were more receptive than others, but most everyone in the video opted to get their complimentary cap signed by the 16-year NASCAR Sprint Cup Series veteran.

The man in the “Where’s Bob?” shirt at the end of the video was especially excited about the chance encounter, shouting, “Are you kidding me?!”

“It’s just a hat, bud,” Newman reminded him, downplaying the significance of the gift.

Sure, Ryan, but it’s the thought that counts.