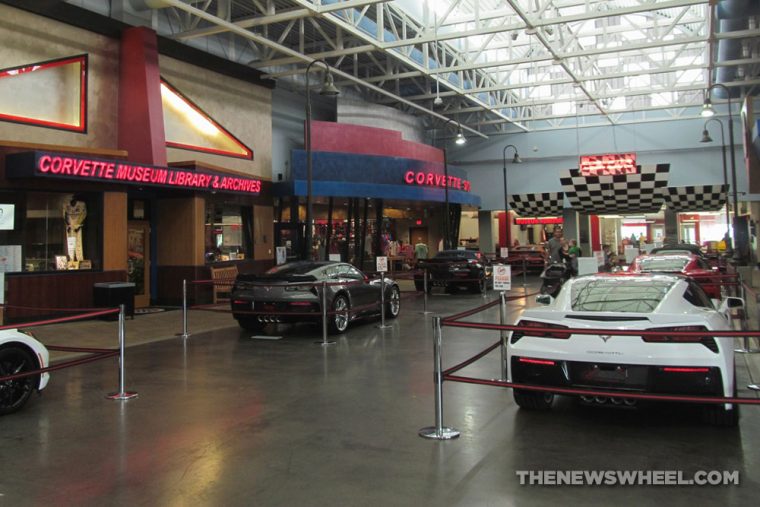 The National Corvette Museum in Bowling Green, Kentucky, is paying tribute to the history of transportation in its home state (sorry, commonwealth) with a new exhibit entitled, “Kentucky: 225 Years on the Move.”

Incidentally, 225 years is how long Kentucky has been a member of the Union (though they were tempted by southern neighbors to leave the club in 1861, the Bluegrass State never actually let its membership lapse). So the exhibit will cover the entire history of transportation in Kentucky, from the days of one-horsepower horses to 750-horsepower Corvette ZR1 sports cars.

There have been many transportation milestones in Kentucky since 1792, the year when it broke off from Virginia to officially become the 15th state in the United States. And today, it ranks fourth among all US states in terms of numbers of automobiles and trucks assembled. The Chevrolet Corvette, Cadillac XLR (2004–2009), Ford Escape, Ford Super Duty trucks, Ford Expedition, Lincoln Navigator, Toyota Camry, Toyota Avalon, Toyota Solara, Toyota Venza, and Lexus ES 350 are assembled in Kentucky.

NCM says that it will be featuring artifacts on loan from various other museums for the exhibit.

“The exhibit breaks history down into three 75-year increments and we highlight transportation on land, air and water,” said Derek Moore, Curator for the National Corvette Museum. “Corvette plays a significant role in the automotive industry for Kentucky, so we thought an exhibit that focused on transportation would be a great fit.”

Summer Fun: How to pack your car for camping