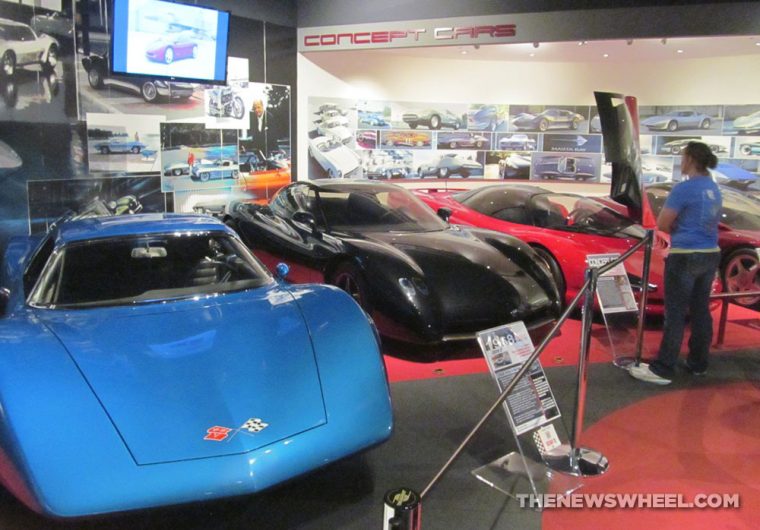 On February 12, 2016, the National Corvette Museum finally opened its sinkhole exhibit, two years to the day that a freak sinkhole swallowed up and damaged several of the museum’s display vehicles.

The attraction, called the Corvette Cave-In, comes after much debate over what should be done after the bizarre accident. Keeping the sinkhole as an exhibit itself was considered, but instead, the museum decided to rebuild the Skydome, restore the damaged Corvettes, and commemorate the incident with this unique exhibit.

The Corvette Cave-In includes sections such as The Day, Media Coverage, Pop Culture, Cars Affected, The Recovery, Karst Landscapes, What It Took to Fix the Sinkhole, and The Grand Finale.

“We were able to put some of the parts from the sinkhole Corvettes back into our cave, and we now have a web cam that allows visitors to actually search in the cave for the car parts,” said Katie Frassinelli, Marketing and Communications Manager for the National Corvette Museum. “I think my personal favorite is the Corvette crane game which allows you to remove boulders, debris and Corvettes from the sinkhole. The designers even put the cars exactly how they were in the sinkhole. Of course, the game is a lot easier than it was in real life!”