Navigating the US: Getting Around in Nashville, Tennessee

The fact that Nashville, Tennessee‘s most common nickname is “Music City, USA” should tell you all you need to know. But don’t let its second-most common nickname—”Country Music Capital of the World”—mislead you. Those who would say Nashville is limited to country music wouldn’t be doing its numerous rap artists and rock bands justice. Next time you’re in Tennessee, experience this city’s rich, diverse musical heritage for yourself.

Nashville, Tennessee is a classic American city in that the best way to get around is by car, but public transportation is still readily available. Numerous taxi companies offer their services in Nashville and the bus service is extensive. There’s also a commuter train called the Music City Star that runs Monday through Friday.

Major Highways and Roadways to Know in Nashville, TN

There are three major interstate highways to remember that run through Nashville: I-65 runs north-south, I-40 goes east-west, and I-24 crosses the city from the northwest to the southeast.

Bringing your car downtown is easier than you might expect thanks to more than 28,000 parking spaces. We recommend the Metro Owned Facilities managed by the Nashville Downtown Partnership (branded as ParkIt Downtown), which offer cheaper deals than most private lots. For example, the Metro Courthouse/Public Square Garage is only $3 after 5pm and on weekends! 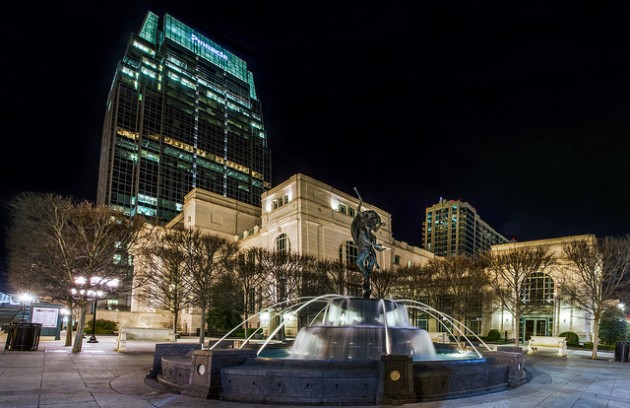 The Nashville International Airport is only five miles from downtown, and the best way to travel between the two areas is to ride the Route 18 Airport/Elm Hill bus, which serves the airport and downtown every hour, every day, from 7am to 10pm. Better yet, all major national car rental agencies operate in Nashville, making it easy to just pick up a car for the duration of the visit.

Hotels and Attractions in Nashville, TN

There are more than 37,000 hotel rooms in the city, with options to fit every price point, location, and need. Some must-see attractions in Nashville are unsurprisingly all about music. You probably won’t want to leave before visiting the Country Music Hall of Fame and Museum as well as the historic RCA Studio B where Elvis recorded over 200 songs. The city also has a huge food scene, and what better way to enjoy music than with unique, tasty eats?